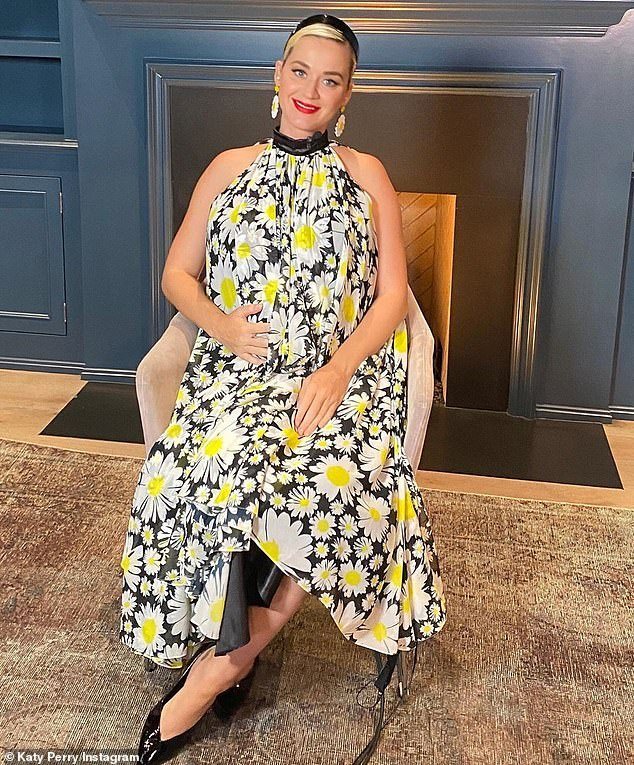 “American Idol” judge Katy Perry recently spoke candidly about her mental health struggles; including a time in 2017 when she felt suicidal. During an interview with Tom Power from “Q on CBC” Perry said, “I would have wallowed in my own sadness and probably just jumped.”

Power asked Perry if the pandemic had changed how she viewed her latest song “Daisies.” Katy described the pandemic by saying, “Your worst demons showed up at your front door; knocked on your door and said, ‘Hey let’s hold hands for three months. Why don’t you face me? You can’t run from me now. […] You have absolutely no where to go, so let’s have a chat.’”

Katy and has dealt with her own “worst demons” and described what she felt in 2017. She broke-up with her now-fiancé, actor Orlando Bloom, in February. But she was riding high on the release of her “Witness” album in June. However, when the reviews on the album came out, her mental health took a hit. Katy said, “it was the smallest shift [in her career]. It wasn’t like that huge maybe from an outside perspective, but to me it was seismic.”

Perry said she lost her smile, which she equated to validation she received from positive responses to her work. However, this time the “Wide Awake” singer said, “the validation did not make me high, and so I just crashed.”

“Gratitude is probably the thing that saved my life.”

Perry credited her faith in God as a reason for her to find hope in any situation. She said, “My hope is that something bigger than me created me for a purpose, and created me for a reason, and that I am not disposable.” Katy starts her days saying, “Thank you God for today. I am grateful in every way.” She continued, “I found ways to be grateful. If it gets really, really hard I walk around and say, ‘I am grateful, I am grateful!’ even though I am in a s–tty mood. I AM GRATEFUL!”

Her ability to be grateful, even in the worst times is her light at the end of the tunnel. Katy went on to say that what she experienced was a “necessary brokenness […,] so that I could find my wholeness in a different way.”

“You can see some positive in horrible, horrible situations if you choose to. There is always a choice; that’s the free will here.”

Perry said she wrote “Firework” and other songs during some of the worst times in her life. She said, “My soul is the ghost writer that says, ‘I am going to try to re-inspire you with a nugget of hope through a message, through a song.’” Katy said she needs hope, which is why she writes her songs.

“I am happy to be synonymous with messages of hope.”

The “Rise” singer spoke about her earlier work on the Teenage Dream album. She described it as a fantasy land and a time of ignorance is bliss. She feels like her music is more grounded now because, “There is deeper feelings when you survive something; when you live and you learn.”

Katy said, “[the pandemic] brought great pause to everyone.” She originally wrote “Daisies” as commentary about pursuing your dreams despite doubters and nay-sayers. But now, because of the pandemic she believes that people will no longer take time for granted. Perry’s hope is that “Daisies” will be a song inspiring people to take their dreams off the shelf and make them a reality.