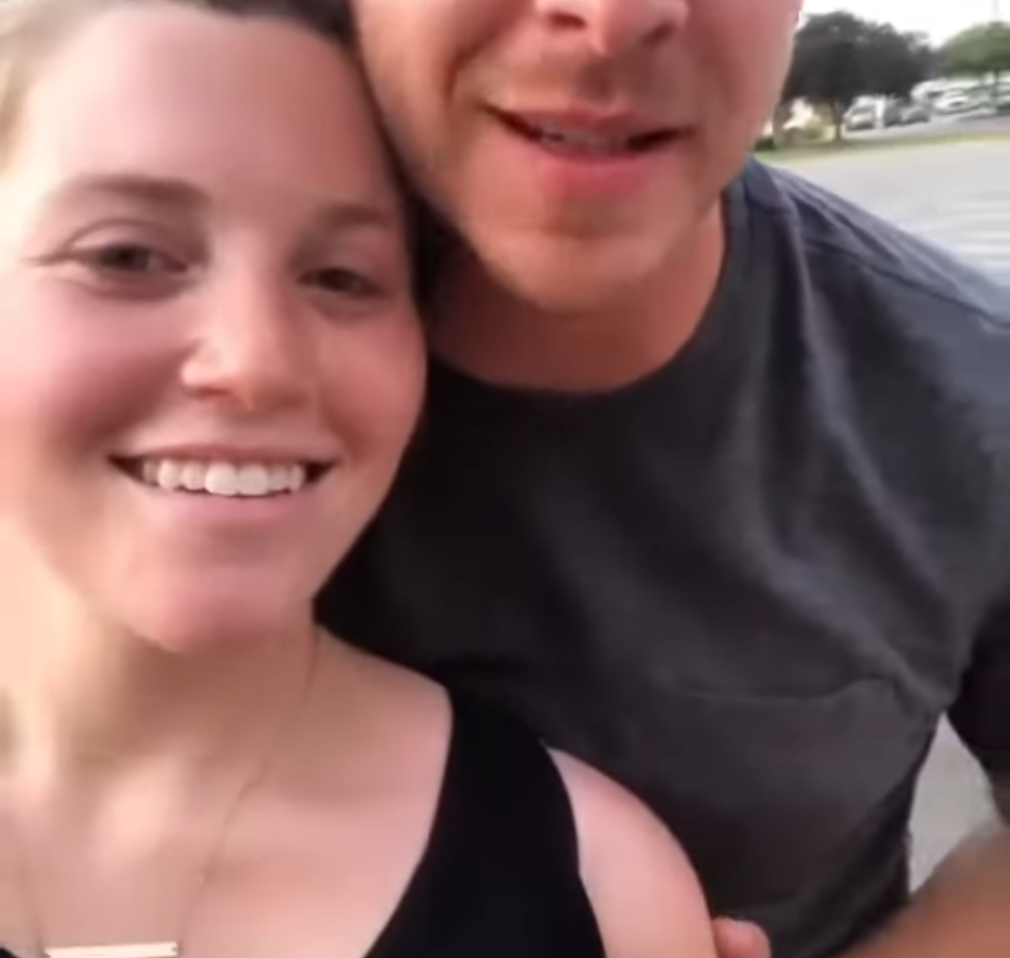 In a new series of Instagram stories, Joy-Anna Duggar Forsyth is wearing a tank top. While this isn’t newsworthy in most families, it’s a big deal in the Duggar family. Because of the family’s strict modesty standards, they typically don’t wear tank tops. But, as some of the older girls are getting married, they are figuring things out for themselves.

Over the weekend Joy and Austin took their two-year-old son Gideon to pick out fireworks for the first time. They documented this exciting moment on Joy’s Instagram stories. In several of the stories, Austin and Joy are talking to the camera. It’s obvious that Joy is wearing a tank top.

In the stories, the Duggar daughter reveals that she just finished her workout. Then, right after, they went to go buy the fireworks.

In the past, fans have seen Joy wear pants as well. So, maybe she is stepping away from those strict modesty standards. It’s also worth noting that Joy is pregnant and it’s summertime, so it’s warm outside. It’s possible she is wearing a tank top out of comfort.

As Jim Bob and Michelle’s daughters are growing up, getting married, and starting their own lives, some of them are leaving their parents’ rules behind. While all of the adult children appear to be sticking to their family’s religious beliefs, they aren’t all keeping with the same standard of modesty. Note that Jill and Derick Dillard are a part of a different church than Jill’s parents. Other Duggar kids might be going to different churches, but they all appear to be religious in some way.

Several of the adult children are starting to dress less modestly. Fans notice that they aren’t dressing immodestly. They simply aren’t dressing as modestly as their parents taught them to while growing up. Jinger Vuolo often wears tank tops, jeans, and shorts. Jill does as well. Jessa Seewald has been spotted in sweatpants too.

Ultimately, Duggar fans think that it’s the women’s choice once they leave their parents’ home. In one episode of Counting On, Michelle and Jinger have a conversation about Jinger’s clothing choices. Michelle said, “I just dressed them in dresses and skirts as well. Being that that was my personal conviction. I think that part of it was more of, you know, mama’s the mama and I’m raising my girls to be modest and honor the Lord and how they represent themselves.”

So, what do you think of Joy wearing a tank top? Are you surprised to see that some of the women aren’t following their parents’ rules? Share your thoughts below.