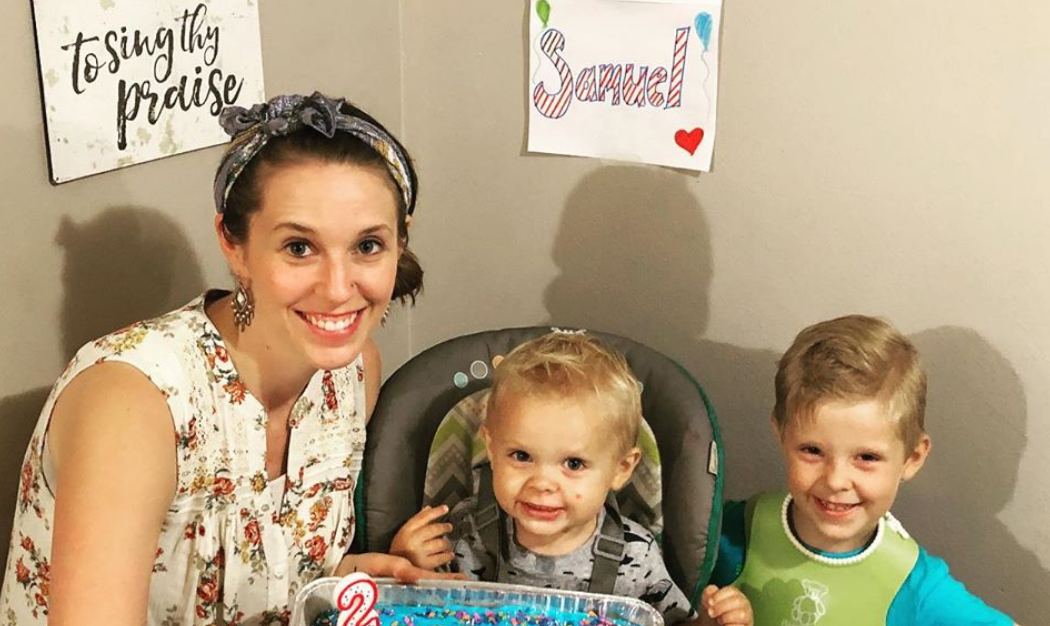 Over the weekend, several of the Duggar grandchildren spent time with Michelle Duggar. In a couple of social media posts, both Anna Duggar and Michelle shared about the fun day. In the photos, the kids are painting with watercolors with “Lolli,” which is the nickname they’ve given Michelle.

As TV Shows Ace reports, some of Michelle’s grandchildren went to the “Big House” to hang out. Specifically, Spurgeon Seewald and two of Anna’s daughters, Mackynzie and Meredith, are there. Because the kids are painting with watercolors, it’s possible that not all of the little kids were invited.

Say yes to the mess! 🎨☺️ Some of our greatest memories and biggest laughs have come from the lively messes we have made while having fun together. I love these moments with my children and grandchildren as they create, learn, and grow! 💕 The days of sticky tables and fingers are sometimes long, but the years are short and I cherish each one!!

Not all of the Duggar grandkids showed up

Of course, with such a large family, Michelle likely expects that not everyone can be there all the time. There’s probably always someone missing an event or gathering. So, it shouldn’t be too big of a deal that not all of Michelle’s grandkids enjoyed watercolor painting with her this weekend. Because Michelle has so many grandchildren, she may divide her time up with them. If she had too many little ones painting at her kitchen table, things may get out of control. So, that might be why only some grandchildren are there.

But, fans specifically noticed that Jill Dillard’s sons Israel, 5, and Samuel, 2, weren’t in the photos. While some of the kids in the family might be too young to paint, Israel is old enough to do so. One Duggar fan commented on Michelle’s post, saying, “I don’t see Jill’s littles??” That fan later added, “they aren’t welcome. Very sad.” Similar comments followed.

Are Jill’s kids missing out due to family drama?

Fans of the Duggar family know that there’s a lot of drama between Jim Bob and Derick. Derick recently spoke about how “broken” the relationship is. In the past, he’s said that he and Jill aren’t allowed at the family’s home without Jim Bob’s permission. But, recently, Jill hosted a few of her sisters and their kids at her house for a small gathering.

So, do you think that Jill and Derick’s kids were uninvited? Is there another reason they might have skipped the gathering? Share your thoughts below.