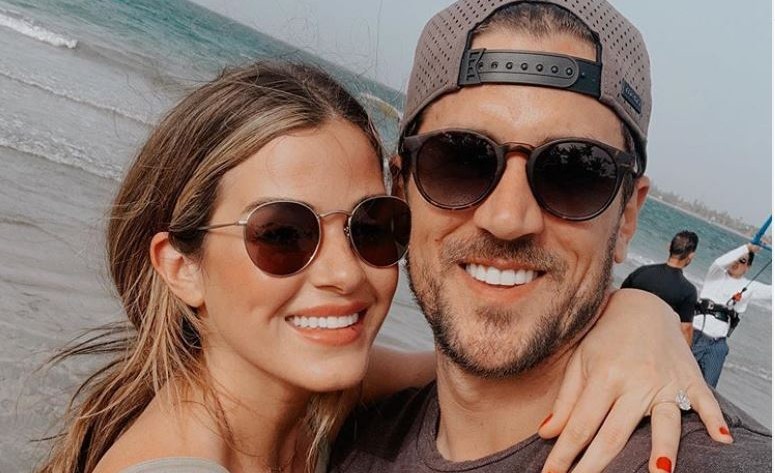 Bachelor fans watched as JoJo Fletcher’s condensed Season 12 of The Bachelorette aired Monday night. They saw her love story with Jordan Rodgers develop and end in a beautiful proposal. The two have now been together four years. They celebrated this milestone in May. And, if it were not for the coronavirus pandemic they would have gotten married this month. However, things weren’t always rainbows and sunshine for the couple.

JoJo and Jordan share they almost called it quits

People shared details about why JoJo and Jordan almost split after her season aired. Monday night on The Bachelor: The Greatest Seasons — Ever! JoJo and Jordan shared that they remained committed to each other, however, it wasn’t always easy.

They both admitted they had their share of ups and downs. At one point they even talked about calling it quits. JoJo said, “Our first year after the show was very difficult.” She continued,”We went through a lot of different struggles.”

She went on to say, “There was a point in that first year where it was like, ‘Woah, can we even do this?'” They both knew they loved each other, but wondered if that was enough to make it work. Jordan says they had reached a fork in the road and had to decide what to do. They decided to stay together and push through. They are now stronger than ever.

Jordan said, “The love I have for you now that we’ve been through all of that is only going to get more with kids, marriage and everything that comes with that.”

6.13.20 … Happy “What would have been Wedding Day” to us! ☺️ As you guys know, we have spent the last 11 months planning the wedding of our dreams but given the circumstances of 2020, we had to make the difficult decision to postpone our special day. Even though I don’t get to marry you todayyyyy @jrodgers11, I know it will be all more worth the wait. ⁣ ⁣ 2021, we 𝘳𝘦𝘢𝘭𝘭𝘭𝘺𝘺𝘺𝘺𝘺 can’t wait for you. 🤍

JoJo and Jordan’s wedding should have happened June 13. But, the pandemic prevented the big event. They made the tough decision to move their wedding date to 2021. US Weekly spoke to JoJo who said, “We waited four years … What’s waiting an extra almost year?” She continued, “We’re OK waiting. We want to do everything in order.” JoJo went on to say, “We want to have the bachelor/bachelorette party, we want to have a wedding, we want to have a honeymoon. We want to kind of do everything the way we originally envisioned. So, yes it stinks, but I think we’re totally at peace with the decision.”

Host Chris Harrison had JoJo’s parents show up at her house with a wedding cake. He told them Bachelor Nation was sending their love. And, as they fed each other cake Chris said, “Jordan and JoJo, I now pronounce you almost ready to get married.”

It’s disappointing to wait another year to see this couple tie the knot. However, it will be a beautiful sight and fans are excited for them. Stay tuned for more details about JoJo and Jordan as they occur.