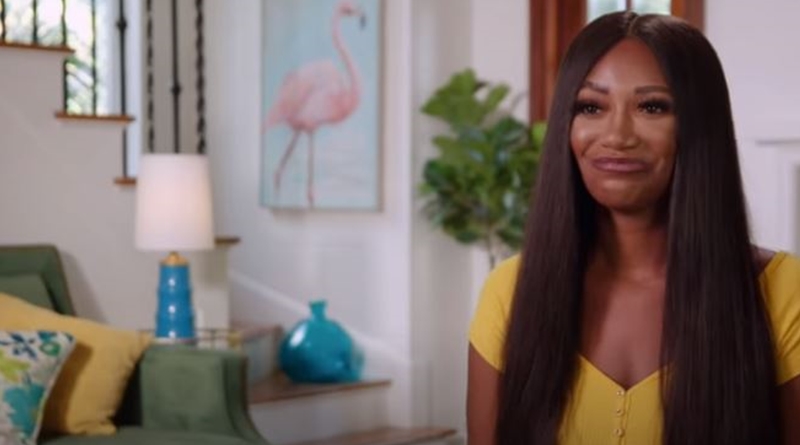 90 Day Fiance: The Other Way fans know that Brittany was married before. He got deported and she claimed ignorance about his illegal status in the USA. They met and dated in the USA for a while but after they married, he ended up deported within a few months of the event. Now, the reasons for his deportation got revealed.

90 Day Fiance: The Other Way – Brittany’s ex deported to Haiti

In the current season of the TLC show, Brittany dates Yazan who lives in Jordan. But she also maintained quite a lot of other relationships. At one stage, she dated “an 85-year-old man [she] met in South Beach, Florida,” we reported. Before that, she married another guy who claimed he didn’t know he was an illegal resident in the country. Actually, ICE only moved on him after multiple arrests that he pleaded guilty to. Starcasm dug around and came up with some details.

The outlet got ahold of court documents about the 90 Day Fiance star’s ex. They questioned whether Brittany really wasn’t aware of his non-citizen status. Asa Hawks noted, “they tied the knot one day before the immigration judge issued his ruling, so that does seem like an odd coincidence. Could that have been an ill-advised attempt to help keep him in the country?” If that’s the case, then clearly Brittany knew his illegal status.

Lots of run-ins with the law

Brittany’s ex, whose name is not revealed, apparently arrived in the country on his brother’s passport at the age of nine. As he grew up, he held some “under-the-table” jobs like a busboy, dishwasher, and landscaper. His mom told him he lived in the country legally. But, ICE became aware of him after many arrests. Some of these included being charged with possession of a controlled substance. He also ran afoul of the law for lesser offenses like driving without a license, evading police, and possession of “marijuana.”

Following a hit-and-run accident, officers took him down and found “two Ziploc bags. One of the bags contained 14.8 grams of meth. The other contained 7 Molly pills, 14 grams of Xanax pieces, and 1.4 grams of marijuana.” Oops – he also presented a fake ID document. But after pleading guilty to seven offenses, which included felonies, he later faced deportation. His lawyer argued that the 90 Day Fiance star’s ex believed he lived legally in the USA. He pleaded guilty to his offenses, after all.

Did 90 Day Fiance star Brittany know he wasn’t legally in the USA?

The argument never helped Brittany’s ex and he ended up deported back to Haiti. As far as Asa can find out it looks like he still remains in that country. But, she also notes that probably, Brittany at least suspected some issues with his legal status. After all, he somehow never acquired a state ID or a legal driver’s license. What do you think? Sound off in the comments below.

‘Y&R’ Spoilers: GAME OVER! Phyllis Blows Tara And Sally Up?
‘Sister Wives’ Janelle Brown Admits To “Stalking”?
Derek Hough Reflects On His Long History With ‘Dancing With The Stars’
‘The Grand Tour: Lochland’ Released, Will Covid Derail Next Season?
‘Seeking Sister Wife:’ Fans Are Behind Dannielle Merrifield All The Way On IG