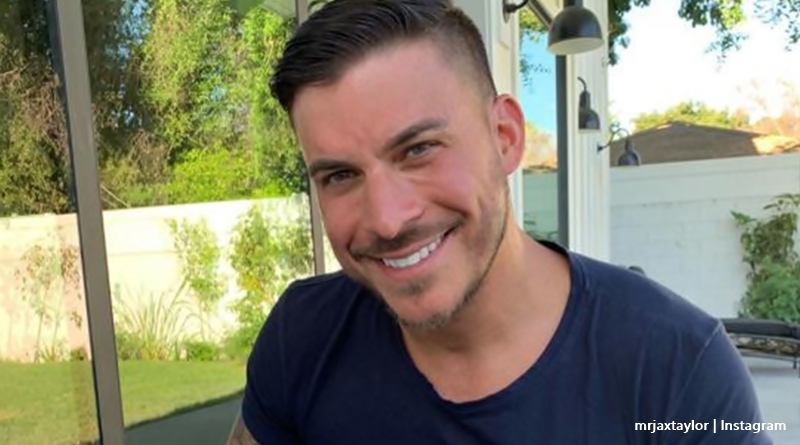 VPR star, Jax Taylor really hopes for kids of his own. He and Brittany can’t wait for them. But, he also cares about kids other than his own he hopes for. This week, he popped up a message about Autism and ADHD on his Instagram Stories. Jax gets vilified on social media as the cancel culture sweeps across the USA and his own castmates got fired. But, it’s not the first time the Vanderpump Rules star shared about thinking of or helping others.

Fans know that usually when Jax and Brittany visit Kentucky, lots of fun goes down with the younger members of the family. Now, he visits because Brittany went there. Her mom’s bladder surgery got very complicated and she’s not well. Many fans send their loving thoughts to Sherri Cartwright on her Facebook. So, it’s a worrying time. But, Jax took the time to promote awareness for kids with autism.

The VPR star shared a slide that asked people to share a similar post even just for an hour. Then, he reminded people that it’s “Special Education Week” and  “ADHD Awareness Month.” He noted, “This is in honor of all children who struggle every day.” On Google News searches, hundreds of articles call for Jax Taylor’s ousting from Bravo. Apparently, he’s a totally despicable person in every respect. But is he really? After all, presumably, everyone’s got something nice about them. 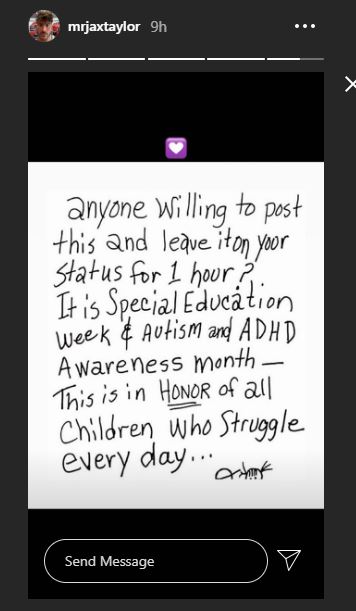 In December last year, Jax felt very sorry for people who couldn’t afford a Christmas tree. Reality Tea reported that “It wasn’t a premeditated plan, but something that came together naturally.” It all started when Jax tweeted, “Hope everyone has a great day! I know it’s December. but don’t forget to get yourself a little something when you’re out shopping. You deserve it.” That resulted in a person extremely thankful for his gift. He offered a financially struggling fan who responded, a tree for free.

Later, that generosity by the VPR star ended up with literally hundreds of requests. He fulfilled many of those requests out of his own pocket. Sadly, he eventually rolled back on the offer as too many people who could afford trees scammed him. Sadly, the Vanderpump Rules star faced no other option. But, it showed his kind side. Jax acts like an idiot on the show often, people think. But perhaps the “villain” of the Bravo show gets a bit of editing. Nobody really knows from reality TV just how real people are in real life.

Plenty of people call Jax “mean.” But he stepped up at the end of May when the Black Lives Matter protests started and called on people to raise their kids right. That post mentioned how people should teach their kids that “the color of their skin does not define their worth, but their heart does.” Previously, back when kids returned to school in September last year, he reminded young followers about kindness. The VPR villain encouraged them to step up and be nice if they saw any sort of bullying going down.

Clearly, Jax Taylor’s not all ugliness, spite, and vitriol. In a world filled with hate, mistrust, the cancel culture, and COVID-19, perhaps small gestures like these could take on more significance. What do you think? Sound off in the comments below.