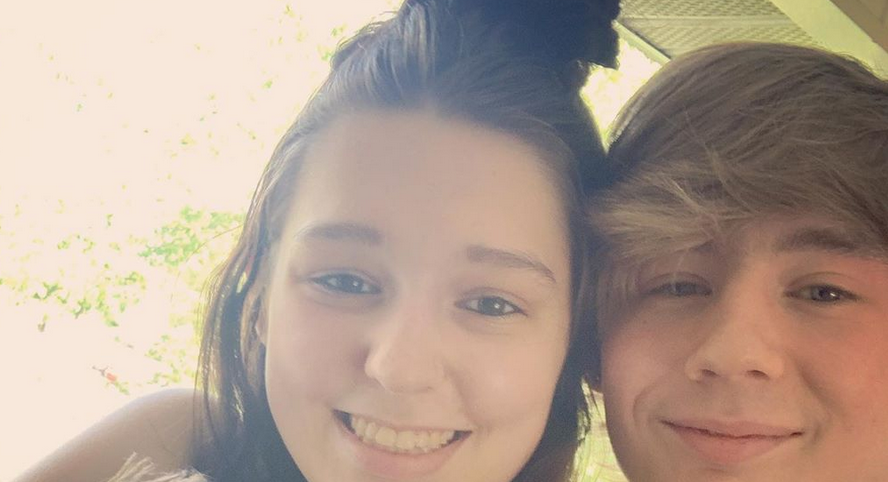 On Sunday, June 28, Unexpected star Hailey Tilford (Hailey 2) launched a Go Fund Me for herself. Fans might recall that Hailey Tilford is the girl that Matthew Blevins got pregnant while he was with Hailey Tomlinson (Hailey 1). While Matthew is not in the picture anymore, Hailey 2 has moved onto her close friend Cole. Now, she refers to Cole as her son Levi’s father. It seems like Cole has filled the role well and is an active part of Levi’s life.

As I’m laying here in bed and everyone is dm me my ex’s post, I’ve come to conclusion I’m DONE letting Matthew affect my life. I have a handsome son who is loved unconditionally by me and my boyfriend and my family! I am treated like a queen by my boyfriend who is a sweetheart, a hard worker, and an AMAZING father to our baby. The thing about me is I don’t NEED a TV show to provide for my child, me and Cole work every day at our jobs to make everything we need happen. I’m going to continue to let my ex be a child while I continue to live my life stress free. I’ve let him ruin enough so I’m done with the high school drama. Don’t speak to me about my ex, send me his stuff, NOTHING. Levi has a father, COLE SMITH 💯❤️

On social media, Hailey shared about her Go Fund Me. She let her followers know that she is working to provide for her son. The teen mother doesn’t specify where she’s currently working, but she recently revealed that she is a part of the multi-level marketing company, Young Living. She also asked them to keep their negative words to themselves, because it’s their choice whether they donate or not.

The Unexpected star explains that she’s trying to raise money so she can move into a bigger apartment. She writes, “I currently live in a 1 bedroom and don’t have much room for Levi’s stuff or even his crib. I just started my new job but I’m worried I won’t save enough for a new place by December when my lease is up. Cole might be getting laid off from his job for a few weeks and it’s just worrying me. I know I get a lot of hate and many of you won’t care but this is something I really want to do for my son so as he gets older he has his own space. You don’t have to donate but anything would be greatly appreciated so much. ”

Will Hailey Tilford be back on Unexpected?

Hailey 2 will not be returning for another season of the TLC show. Fans might recall that she wasn’t one of the original moms on the show. Her role on the show is a result of Matthew cheating on Hailey 1. But, because Hailey 2 became a teen mom as well and had been on the show for a little while, some fans hoped to see her on the show.

As TV Shows Ace reports, Hailey 2 won’t be a part of the upcoming season due to racism claims. TLC says that they found racist content on Hailey’s Instagram account. But Hailey says her account was compromised at the time. Nonetheless, this situation has cost her an opportunity on TLC’s Unexpected.

So, what do you think of Hailey Tilford launching a Go Fund Me? Share your thoughts below.