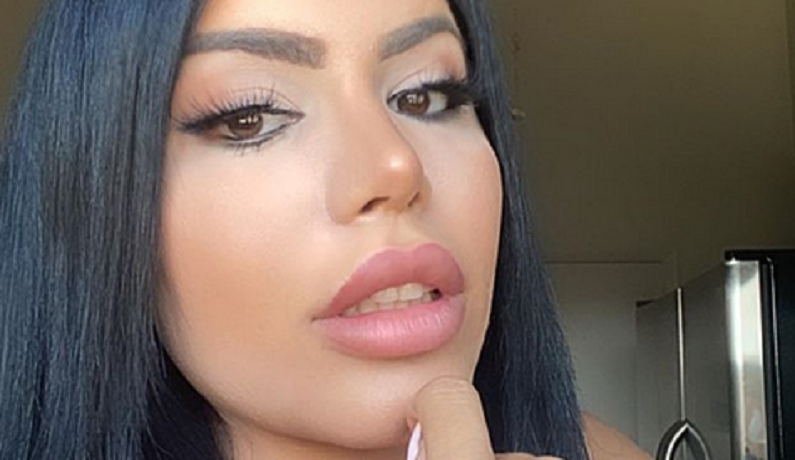 90 Day Fiance Larissa Lima might be jealous of Colt Johnson’s new girlfriend. He introduced viewers to his new girlfriend on the premiere episode of 90 Day Fiance: Happily Ever After. Colt clearly wants to find his happy ending. But it looks like Larissa doesn’t want to see him happy.

She previously told her friends that she misses him. She loved the good times they had together. Larissa also liked that Colt always wanted to be intimate, which is different from her current boyfriend, Eric Nichols. In the preview for Sunday night’s episode, Larissa seems jealous of Colt’s new lady. Read on to learn more.

90 Day Fiance: Happily Ever After? – Is Larissa jealous?

According to the sneak peek provided by E! Online, Larissa Lima looks jealous of Colt’s new girlfriend. The TLC star is back in the plastic surgeon’s office as she speaks with her friend Hannah. The two women talk about Colt’s new mystery lady. Larissa is shocked and disappointed to find that he’s moved on.

“Are you actually jealous?” Hannah asks.

“I don’t feel replaced by another Brazilian,” Larissa explains in her confessional. “I have zero billion percent no jealousy about Colt. But she should to think a little bit before being involved to him.”

Larissa comes up with a plan to meet Jess. She wants to warn her about Colt’s behavior.

“I feel like if I tell her what is coming, maybe she can avoid the situation that I was in, you know?” she told the TLC producers.

But is Larissa doing this out of the pureness of her heart? Or does she want to stir up trouble? That’s what 90 Day Fiance viewers will have to find out.

Colt met Jess online. The two met in Las Vegas before Colt traveled to Chicago for the weekend to meet her and her friends. Later this season, Jess meets up with Larissa in a café. It’ll be interesting to see what goes down between the two.

Larissa feels that Jess is “too fast” for Colt

Larissa Lima and Colt Johnson are making an effort to move past their relationship on 90 Day Fiance: Happily Ever After. Now, Larissa is sharing her thoughts on Jess. She recently revealed in a new interview that she feels Jess is “too fast” for Colt.

During her virtual interview with Entertainment Tonight, Larissa recalled what she thought about Jess after watching the premiere episode. The reality star feels that Colt’s new girlfriend moves too fast.

“I feel that she’s pretty, I believe that they have a good connection, but I feel like Jessica is way too much to him,” Larissa explained. “Like, she’s too fast to him.”

Larissa said that Colt is more conservative than he comes across on TV. She wonders if Jess is trying to change his ways. The fitness trainer also said that she’s sad to see her ex-husband move on. She could easily envision herself in Jess’s spot.

“She’s Brazilian, I’m Brazilian, and I thought, ‘Whoa, that could be me,'” Larissa said. “But I mean, wishing him and her the best. I believe they are a good couple, but just kinda, she’s too fast and he’s like, ‘Whoa, I don’t know what’s going on.'”

Larissa may think Jess is too fast for Colt, but he didn’t appear to mind. 90 Day Fiance: Happily Ever After? airs Sunday nights at 8 p.m. ET on TLC.