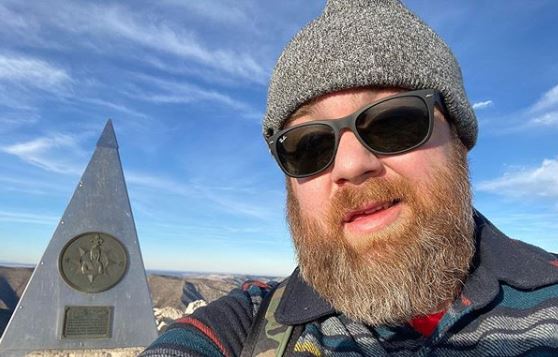 Buddy Bell of My Big Fat Fabulous Life has revealed that he has a new girlfriend. He shared the news on his Instagram with a fun little post. Fans are happy to see him doing so well.

Buddy shared a picture with her on Instagram, but it doesn’t share a lot of details. You can see her below. Her name is Brit Sherman.

@brit_sherman went and got herself a boyfriend. 😘 #paddleboat

Buddy’s new girlfriend is from Charlotte, North Carolina, which is great for him. He has been in a long-distance relationship before. Her Instagram shares that she is a dog mom. Brittany also is an interior decorator. Her business is called Palmer Interiors. On that Instagram, she shares a bit about herself. It says, “My name is Brittany and I am an interior decorator. I believe that everyone deserves to have their own beautiful sanctuary no matter the budget 🤍.”

It looks like these two had a fun time out on a paddleboat. No word yet on how long they have been dating or how they met. The fans are really happy for him, though. Here are a few of the comments from his Instagram post.

Oddly enough, Whitney Way Thore is single again. Things didn’t work out with her and fiance Chase Severino. He is actually expecting a child with someone else now. If Whitney has moved on yet, she isn’t saying anything.

A lot of fans of My Big Fat Fabulous Life feel like Whitney Way Thore and Buddy Bell may be meant to be. They are very close friends and get along well. The thing is neither of them seems that they want to take things to the next level with each other. Hopefully, Whitney gets along with Buddy’s new girlfriend. Chase was never a fan of the relationship that these two have with each other. Because Buddy and Whitney are close, he just didn’t seem to be able to get over it.

So far, TLC hasn’t shared about another season of My Big Fat Fabulous Life. Everyone would love to see more of their life and what is going on. It would be great if they renew it and everyone can get the chance to meet Buddy’s girlfriend and get to know her better.