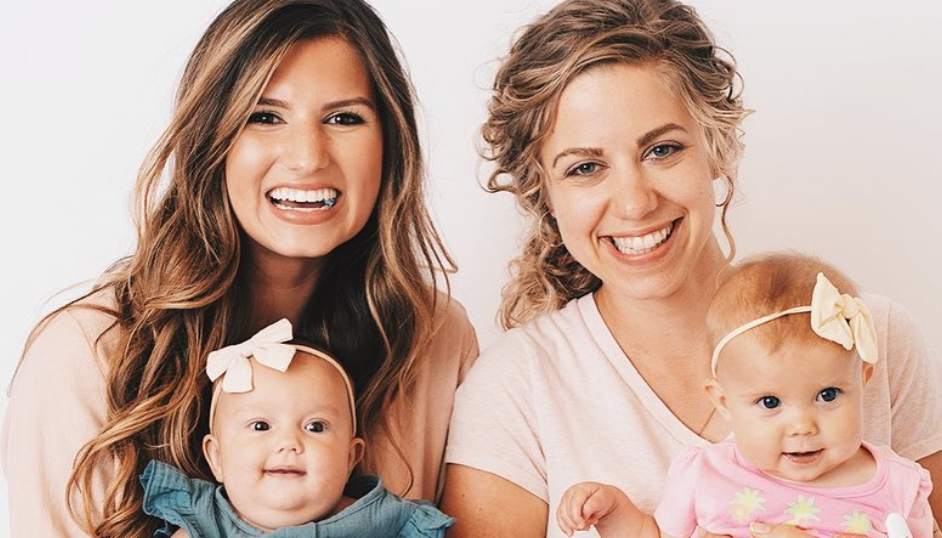 Fans of the Duggar family and the Bates family know that the two families are pretty close. Typically, if someone is a fan of one of the families, they are a fan of both. Many Counting On viewers also watch Bringing Up Bates and vice versa. Specifically, Joy-Anna Forsyth and Carlin Bates are best friends. But, everyone in the two families seems to get along pretty well.

There have even been rumors for years about Lawson Bates courting Jana Duggar. While those rumors have always been denied, fans are hopeful that there will be a Duggar-Bates courtship sometime in the future. After all, the families go way back and share some of the same values as well.

Now, the families’ newest generations are becoming best friends too.

Carlin and Evan Stewart have a nearly five-month-old daughter, Layla. Layla has her own Instagram page where her parents post cute photos of her as she grows. On Saturday, June 27, the parents added a special new series of photos. This time, the pictures are of a little photoshoot featuring Layla with Grace Duggar.

Grace is the daughter of John-David and Abbie Duggar. Grace is five months old. Since the girls are right around the same age, they’re just about the same size too.

Carlin and Evan funnily caption the photos, writing, “My face when I find a friend my size.” They’re referring to the silly face Layla is making in the first photo of the girls together.

John and Abbie have yet to share these photos, but plenty of fans are flocking to the post on Layla’s page to look at the cute little best friends.

Until now, there didn’t seem to be a lot of interaction between Abbie and Carlin on social media. They don’t necessarily comment on each other’s Instagram posts often or anything. But, John and Abbie don’t use their shared Instagram account very much anyway. So, it’s likely that the girls are friends but don’t show it publicly for one reason or another. Or, maybe they just connected when John and Abbie got married.

Nonetheless, fans of the Duggar and Bates families are thrilled to see the newest members of the families becoming best friends already. Fans are gushing over the pictures and how cute the little ones are together. Joy Duggar writes, “They’re so cute!!!!!” The Bates family’s Instagram page, which appears to be run by Kelly Jo, commented and said the girls are “so adorable.” Anna Duggar commented with a simple, “Awww!”

So, what do you think of the new photos? Isn’t it sweet that Grace and Layla are already friends? Share your thoughts below.