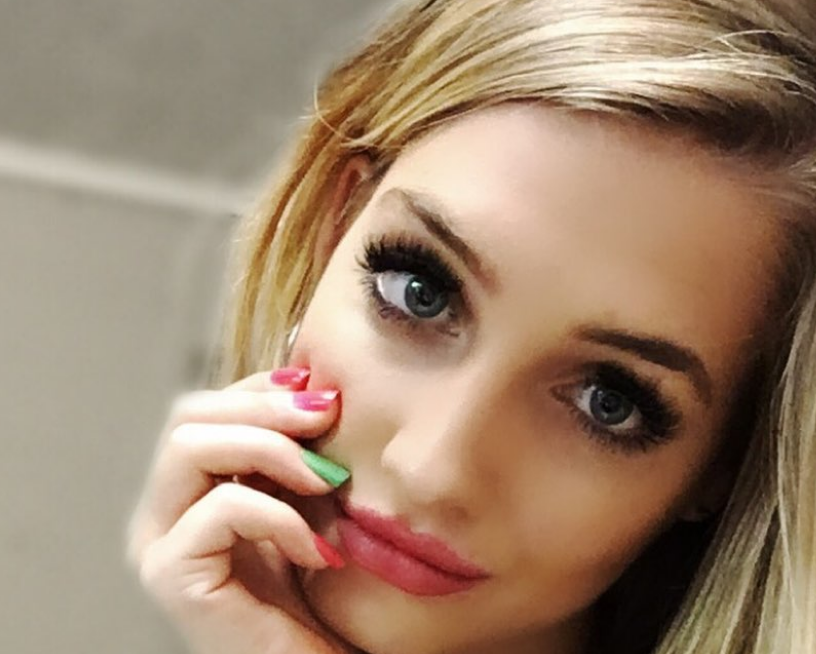 On Saturday, June 27, Moriah Plath shared some exciting news. If you don’t remember who Moriah is, here’s a quick reminder. The Welcome to Plathville star has a boyfriend! On Instagram, she shared a picture of herself and her boyfriend. The picture features both of them all dressed up. Moriah is wearing a black dress with red heels. Her new boyfriend Max Kallschmidt is wearing a burgundy shirt, khakis, and dress shoes. He has his hand on her leg and he’s kissing her on the cheek. Moriah has a huge smile on her face.

Along with the picture of the new couple, Moriah writes, “My Peter Pan came for me💘 and I thought I could keep you a secret a little longer but I can’t… I love you.”

My Peter Pan came for me💘 and I thought I could keep you a secret a little longer but I can’t… I love you @maxkall2.0 ❤️🖤

A month ago, her boyfriend shared a picture of them together. He also tagged Moriah in the photo. But, fans wouldn’t notice that unless they looked at the tagged section of Moriah’s Instagram account. This isn’t the main part of her page, so most people wouldn’t think to look there. In that post, the couple appears to be at a pool. He writes, “Found this Koala bear in the jungle and now she won’t let go…am I complaining?¿ of course not.”

In response to his post, the Welcome to Plathville star writes that she “won’t let go.” Max responded to her comment with a couple of heart emojis and says, “better not.”

It’s unclear how long the couple has officially been a thing. But, until now, fans didn’t know that they are dating. Until Saturday, there was no mention of Max on Moriah’s Instagram page.

Found this Koala bear in the jungle and now she won't let go…am I complaining?¿ of course not 🖤❤ 📷: @drayton_pegg

Will Welcome to Plathville be returning to TLC?

As of right now, it hasn’t been announced that the Plath family will be returning to TLC. There’s been no word on an official renewal or cancellation from the network. Olivia Plath recently opened up about being on TLC. From what Olivia has to share, it sounds like she and Ethan are not wanting to be on the show again. And, along with that, it doesn’t sound like TLC would be okay with another season if Olivia and Ethan aren’t a part of the show.

As Welcome to Plathville fans recall, a lot of the storyline during the first season was about Kim Plath and Olivia’s relationship. There was a lot of drama, which drew fans in. So, naturally, without Ethan and Olivia, that wouldn’t be likely. Plus, Olivia says she was “manipulated” into being on the show.

So, are you surprised to hear that Moriah has a boyfriend? What do you think of the picture she posted? Share your thoughts below.