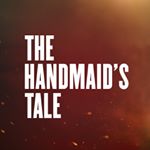 Fans of The Handmaid’s Tale now have their answer. The Emmy Award-winning dystopian drama will return to Hulu in 2021, but no exact release date has been given. The Handmaid’s Tale had to postpone its release due to scheduling and filming difficulties surrounding the Covid-19 Pandemic. Elizabeth Moss, June Osborne and the show producer said, “Human life is not worth making a TV show for”. Moss tells fans that meetings were happening frequently and everyone is eager to return, but safety is paramount.

What to Expect from The Handmaid’s Tale

The show announced its return with the release of The Handmaid’s Tale Season 4 trailer. This trailer is a compilation of footage from previous seasons and new scenes. The show appears to pick up right where it left off; June is injured after helping a plane full of children escape Gilead. With strong lines from June like, “We are just getting started”. Fans expect to see June fighting to bring Gilead down from the inside. New scenes show June dressed as a Martha; speaking with other Marthas about helping the handmaids.

This season looks to move at an accelerated pace. “What happens in the next few weeks will determine the future of this country,” Commander Lawrence (Bradley Whitford) says. This line and June’s voice over, “This war isn’t going to win itself,” are exciting moments hinting at more action as the season builds toward a revolution. New faces were presented. One was a guard saying, “Blessed be the squad,” and fans are left eagerly anticipate the new episodes that will explain who that might be.

But all does not bode well for our heroine. As the trailer continues the ever-zealous Aunt Lydia (Ann Dowd) appears on screen with a badly bruised face calling someone, “Beyond Redemption”. Fans can expect a heart-pounding season beyond what they have come to love The Handmaid’s Tale thus far.

Though the changes are exciting true fans are still looking for answers to confusing and heartbreaking moments from Season 3.

Who will June find as new allies?

Will Nick have a redemption arc after disappointing June last season?

What will happen to the Waterfords?

Will June ever escape Gilead and if she does; will she be able to take Hannah with her?

Season 4 will have to answer all these questions and not lose touch with the character-driven drama that has garnered its’ success. But all of these questions will have to wait until next year to be answered. The cast and crew are taking the necessary time and the proper precautions to provide their fans with the quality television they deserve. Moss has it right when she said, “… we gotta do it safely, we’re just trying to figure that out. It’s all-new territory, and we’re all in the same boat here.”

For now, fans will just have to make do with The Handmaid’s Tale Season 4 trailer.