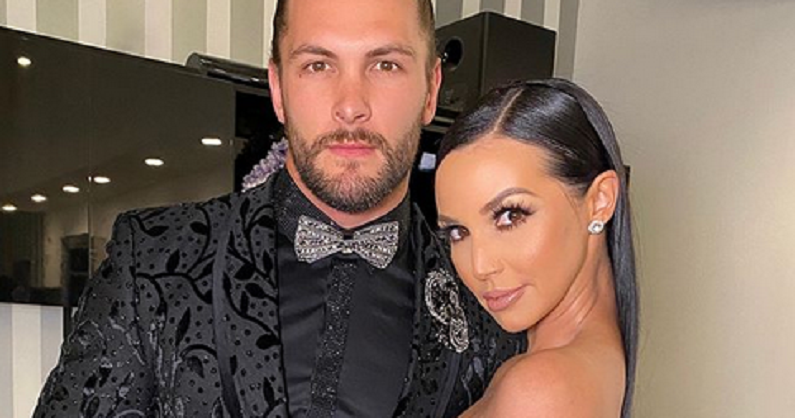 Scheana Shay fired back at critics who questioned her relationship with Brock Davies. They wanted to know why he left his kids back in Australia. In case you didn’t know, Brock has two children from a previous relationship.

This comes shortly after the Vanderpump Rules star revealed that she suffered a “devastating” miscarriage. Scheana revealed on her podcast that she was pregnant around the same time as Stassi Schroeder. Over on Instagram, Brock shared a photo of him with the Bravo star. But then Scheana took to his post to defend him after his followers questioned his parenting ethics.

As per The Inquisitr, Scheana Shay fought back at commenters who questioned her boyfriend Brock Davies. They wanted to know why he forgot about his two children in Australia. Some even called him out for his alleged issues with parenting. He took to Instagram to post this photo of himself with his arms around Scheana.

In the caption, the Australian fitness trainer wrote that he had Scheana’s back and she has his. Scheana made that clear. In the comments section, followers called him out for leaving his kids behind in Australia.

“But what about your children in Australia,” one Instagram user wrote. “That’s f***ed up .”

“Take care of the ones you made first,” another one chimed in.

Brock responded to the comments.

“This is true, and I will continue to work towards building the relationship with them,” he wrote. “The kids have a great mother and stepdad but I promise you I am doing my part to be with them.”

Scheana didn’t like the hate he was getting. The VPR star took to the comments section to support him. She wrote that Brock doesn’t owe anyone else an explanation for his personal life.

“[Brock Davies] honey you don’t have to explain yourself to strangers! Ever!!” Scheana responded.

Most of the followers sided with Scheana. Some even said that he didn’t even need to address the rude comments. Those followers stepped in and told the others to mind their own business.

Some Vanderpump Rules fans didn’t even know that Brock Davies was a father. The Australian hunk has a daughter named Winter and a son named Eli. He even posted pictures of himself with his children on his Instagram page. This took some of Scheana Shay’s fans back. But the SUR waitress made it clear before that she wants to become a mom.

On Season 8 of Vanderpump Rules, Scheana gave viewers a glimpse into her journey with in-vitro fertilization. Her journey looked painful and disappointing. Scheana even told VPR cast member, Dayna Kathan, that she never wanted to go through with it again.

🍏Apple of my eye's👀 #love #babe #family #daddydaycare No need for a filter. They are precious.

However, little is known about Brock’s relationship with his kids. Fans just assumed he left them behind in Australia. Back in May, Scheana revealed she hasn’t met his children in person. But she wants to make it happen sometime after the coronavirus pandemic.

“I haven’t met them yet,” Scheana said on the Better Together with Maria Menounos podcast, per Us Weekly. “Obviously we can’t travel right now, so we’re hoping to get out there for Christmas.”

What are your thoughts on Scheana Shay defending Brock Davies on Instagram? Sound off below in the comments section.