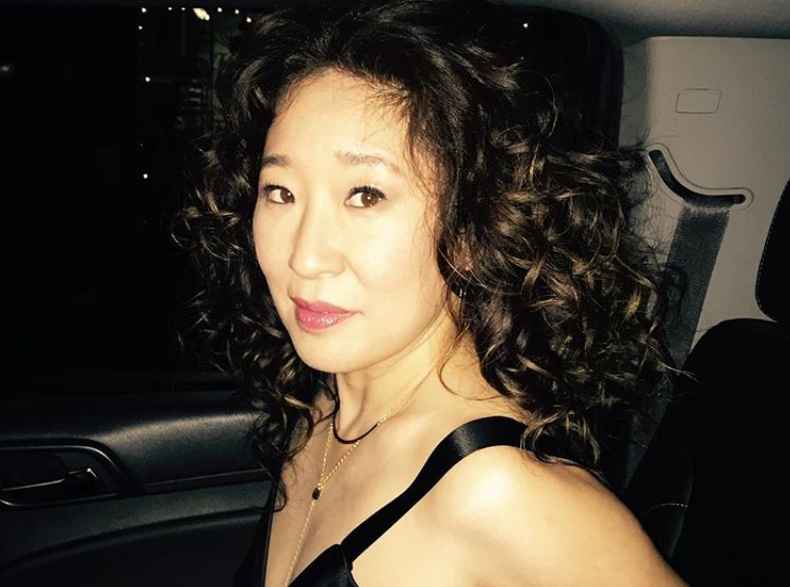 Sandra Oh is well known for her roles in Grey’s Anatomy and Killing Eve. However, the 48-year-old actress really wanted to play Olivia Pope in Scandal. Regrettably, Shonda Rhimes put a spoke in her wheel. Sandra recalls reading the pilot for the show. She immediately wanted to play the role and now explains why it wasn’t possible.

In the recent edition of Variety‘s Actors on Actors series, Sandra Oh opens up about reading the pilot for Scandal. She says as soon as she read it, she wanted to play the leading role of Olivia Pope. She speaks to Kerry Washington, who ultimately got the role. Sandra recalls exactly where she was when she read “that damn pilot.”

Oh says she was on Grey’s Anatomy at the time and they were on stage five. Someone snuck the pilot to her – she can’t remember who. However, she got her hands on the pilot and read it. Sandra says she immediately thought, “How could I play Olivia Pope?”

Shonda Rhimes is the creator of both Grey’s Anatomy and Scandal. Sandra wants to play the role so badly, she asks Shonda Rhimes if there was a chance. It turns out Rhimes rejected Sandra’s request and rather wanted her to continue in her role of Cristina Yang on Grey’s Anatomy.

Profile link for @latimes Emmy round table discussion. It was great to virtually chat w/ all the actors. 🙂

Shonda Rhimes turns her down for the role

Sandra recalls going to Shonda, asking her, “How could I do this? What is this script?” and asking if she could do the role of Olivia too. She clearly remembers Shonda saying, “No, you’ve got to play Cristina Yang!” Oh goes on to say how “wonderful and rare” it is to get your hands on something “you know is electric, that you can feel.” However, she does add she is glad Washington got the Scandal role.

As for Kerry and her experience playing Olivia Pope on Scandal, she says she doesn’t feel there is anything that she hasn’t been asked to make real. Washington describes the role as a “gymnasium of character.” She says you are required, week after week, to be in “these heightened experiences” playing the most important moments of a person’s life. In fact, Kerry says it almost requires a “level of athleticism.”

Washington goes on to explain she felt like Sandra, “very protective of Olivia Pope” and was devoted. She says maybe that is the right word, adding, “I was so devoted to her.”

Sandra Oh is thankful for her time on Grey’s Anatomy

While Sandra didn’t get the role of Olivia Pope, she says she is thankful for her time starring on Grey’s Anatomy. She says she had the responsibility and the relationship with the writer of the hospital show to know exactly where she’s going. If Oh found something that felt completely wrong, she would go “toe-to-toe with Shonda” and the writers, which she found challenging.

Oh closes by saying she thinks ultimately if you are fighting for the show and your character, people can tell.

‘General Hospital’ Spoilers, August 2-6, 2021: What Is Austin Up To?
Francis Chrisley Surfaces On Instagram, Fans Are Relieved To See She’s Well
Jason Tartick Reveals Embarrassing Fact On TikTok
‘You, Me, And My Ex’ Alex Hines STILL Defending Relationship With Caroline
Amy King Teases That Jill Duggar May Be Working On A Tell-All Book