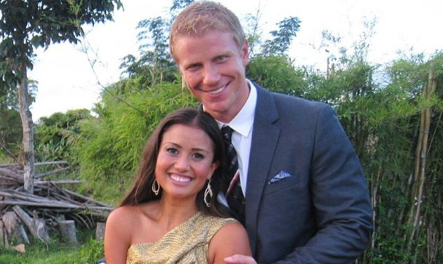 Reality stars like Catherine Giudici become more likeable when they can make fun of themselves. The winner of Sean Lowe’s season of The Bachelor, his wife, Catherine, did just that on Instagram. Magazines like Star and other tabloids always post stories with crazy headlines. Often readers who devour them want to know what the truth is. Catherine shared some of her more outrageous pieces from tabloids that called her a liar, a cheater, and a drunk.

Catherine and Sean are one of the strongest couples to come from the Bachelor franchise. They have three adorable children and recently re-watched their season with America on The Bachelor: The Greatest Ever! Catherine posted some of her favorite tabloid stories to her Instagram account.

What Did The Tabloids Accuse Catherine Giudici Of?

Catherine Giudici a picture of her and Sean together from a tabloid were they look happy. On a date night, they are enjoying each other’s company yet the title says, Giudici is turning to alcohol. They stated she was drinking while Lowe was filming Dancing With The Stars.

In the next picture they are cheesing for the camera wearing matching glasses. The tabloid claims they are putting on a show. In the last picture the tabloid says Catherine cheated on Sean with DWTS member Julz Tocker.

Catherine captured the pictures, “A lying, cheating drunk. That’s me!” She hashtagged they were throwbacks to 2013. The two are happily married and were at the time. They have said they will try for a fourth child together and plan to adopt. It’s nice Catherine can post without taking things so seriously. Sean also doesn’t mind joking around. He posted a comment saying, “please stop cheating on me. It’s not cool.”

Their Fans Are In On The Joke And Show Their Support

Catherine Giudici has some passionate fans who laughed along with her at the outlandish claims according to the Inquisitr. One fan said, “You’re literally the furthest thing from all these things! I’m not sure I’ve ever seen you with a drink!” Another commented on how good she looked in all the pictures. One user said, “Ridiculous that people try to ruin others happiness. You guys are couple goals.”

One of the producers on The Bachelor, Adam Mansfield, also commented on her post. He said, “I have an old magazine pic of Sean and I after dinner one night while you guys were here for DWTS and the title was “Sean out partying with his boys”” Fans will continue to follow Sean and Catherine as examples of what it looks like when the process truly works. It gives them hope more great couples will be born from the franchise when it starts to film again.

Todd Chrisley Issues Statement On Lindsie & Will’s Divorce
Courtney Waldrop Rushes Rawlings To Hospital, Leaves In A Cast
Farrah Abraham: Concern Mounts For Sophia Following Bizarre Video, Does She Need Help?
See New Photos Of Lawson Bates Like You’ve Never Seen Him Before
Josh Duggar’s Arrest May Not Be The REAL Reason ‘Counting On’ Is Over