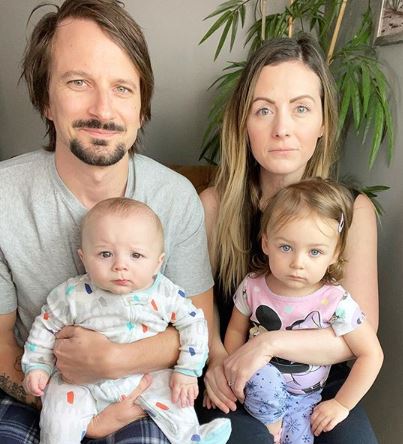 Carly Waddell and Evan Bass fell in love on Bachelor in Paradise. They seemed like an unlikely couple, but it worked out. Now, the two are sharing that they are done having children. Us Weekly shared the details about what is going on with this couple.

During a recent podcast, Carly talked to Evan about more children in the future. She shared the following.

“The other day when I was talking to this card reader, she read my cards, like, five times and she said twice that we were gonna have another baby I don’t think that we should because I’m tired.”

This is all after Carly and Evan said not long ago that he has plans to get a vasectomy. They do feel like their children are a blessing, but Carly made it clear another one is not in the cards for them. So far, Evan hasn’t actually had a vasectomy done yet. If they want to make sure they don’t have more children, that probably does need to happen. Carly shared at the time they need one. She said, “The reason Evan is getting the procedure is because we did pull out and pray twice ever, and now we have two kids.” It sounds like that method didn’t work well for them at all.

Carly feels like another child would not be good for them

Carly Waddell took it pretty far on the podcast. She said, “I don’t think we’d make it if we had another.” Of course, Evan didn’t take that lightly. He replied to her that it wasn’t “very nice” and then went on to say, “We would make it for a little while longer, but … they would probably lead to different paths.” It would be pretty sad if things didn’t work out for this couple. Fans love them together ever since watching them fall in love on television.

Carly and Evan did have a rough start. He was really into her, but it took her a bit to fall for him. The couple met on Bachelor in Paradise and ended up being a perfect match for each other. They have two children together now, but Evan also has three sons from a previous marriage.

Don’t miss watching Clare Crawley and Matt James on their upcoming seasons of The Bachelorette and The Bachelor. They both should start filming soon.