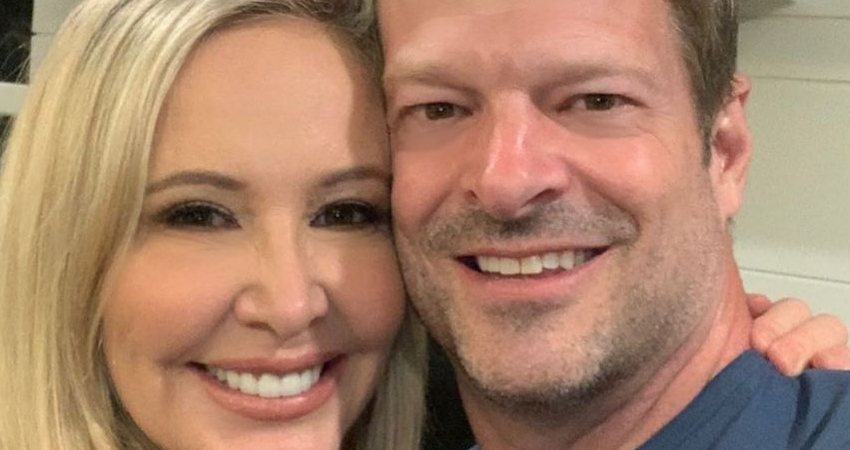 The Real Housewives of Orange County star Shannon Beador is in the mood to celebrate! The reality star recently celebrated her one-year anniversary with boyfriend John Janssen. As RHOC fans know, Shannon didn’t have much to celebrate during her marriage to ex-husband David Beador.

RHOC viewers first met Shannon at the start of Season 9. At the time, she was not-so-happily married to David Beador, with whom she shares three children. During Season 10, David’s affair with another woman came out.

The two went to counseling and tried to stay together. They even renewed their vows on their 16th anniversary. At the time, divorce “is not an option” for Shannon. However, the two ultimately separated in 2017.

While David moved on quickly after their split, Shannon took her time to find love. In early January of this year, David announced that he was engaged. He got a lot of flak because the former couple hadn’t even been officially divorced for one year.

In July of 2019, Shannon confirmed that she was dating someone new, John Janssen. The couple had started dating in June, but didn’t make their relationship public until summer, People reports.

One year later and the couple is still going strong. In fact, they celebrated their anniversary of their first date earlier this week. And they went back to the same restaurant where they had their first date. California has eased the quarantine restrictions, allowing for inside dining.

The RHOC star took to Instagram to pay tribute to her love. She shared a snapshot of her anniversary date with David at the Newport Beach restaurant where they had their first date. She even tagged the eatery, @fableandspirit, in her post.

In her caption, she notes how different it is to dine out in 2020 compared to a year ago. She wrote, “One year later, celebrating at the same place.” She included the hashtag #butsocialdistancing.

While the couple nuzzle in close together for the photo, you can see other diners in the background adhering to social distance guidelines. The couple aren’t wearing masks. One follower commented about the lack of masks, but quickly got shut down by other fans. Those defending Shannon let the others know that masks aren’t required in California while sitting down in restaurants.

One year ago, the first date @fableandspirit. One year later, celebrating at the same place. ❤️ #butsocialdistancing😉

Shannon’s new boyfriend is regularly featured on her Instagram account. Her RHOC co-star and neighbor, Braunwyn Windham-Burke, wished the couple a “Happy Anniversary” in the comments. Many fans did the same.

However, one fan trolled Shannon by advising her to call Tamra [Judge.] The former co-stars had a falling out after Tamra left RHOC at the end of Season 14. Neither have given a specific reason for the end of their friendship. Tamra simply says that Shannon stopped all communication, including taking Tamra’s calls.

Tell us in the comments your thoughts on the couple celebrating their one-year anniversary.

The Real Housewives of Orange County could resume filming next month, according to Kelly Dodd. Check back with us for updates on when Season 15 will premiere on Bravo later this year.