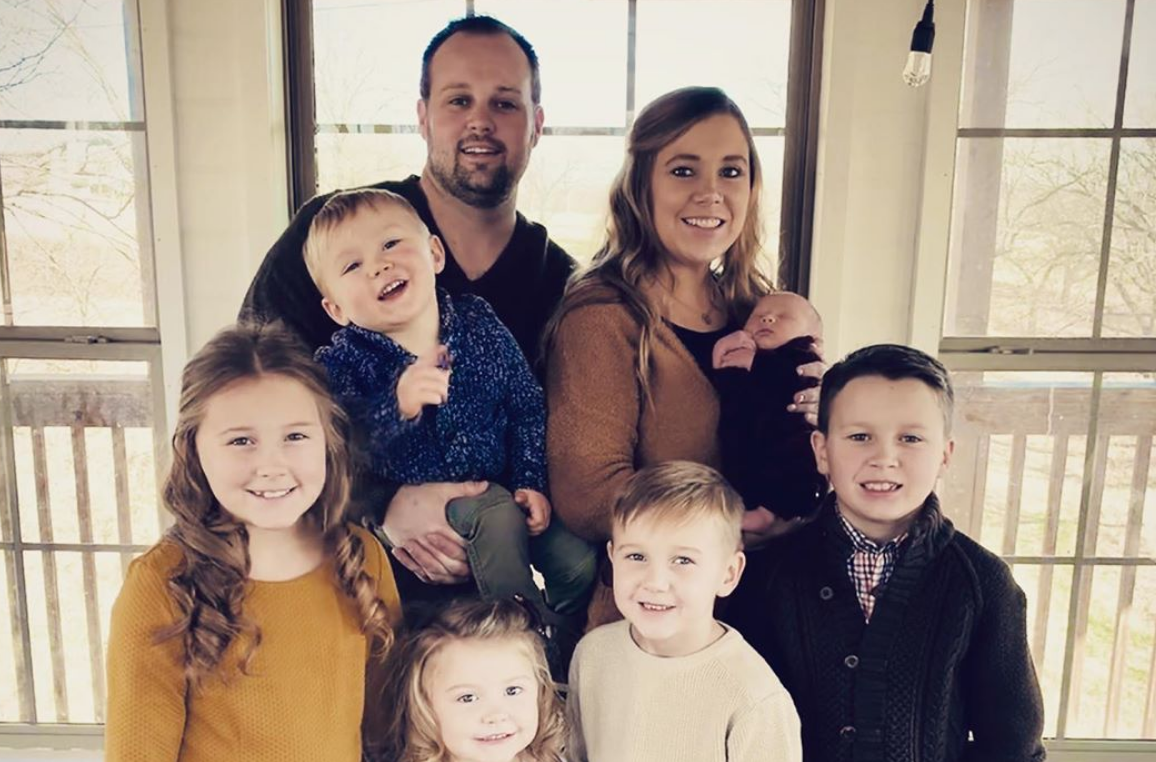 On Tuesday, Anna Duggar turned 32 years old. The mom of six shared about her special day in a social media post. In her post, she mentions the “exciting things” that are ahead for her family. So, naturally, fans began to speculate that she’s pregnant again. Josh and Anna have six children, Mackynzie, 10, Michael, 9, Marcus, 7, Meredith, 4, Mason, 2, and Maryella, 6 months. Of course, she and Josh might be considering adding to their family again soon. But, “exciting things” could mean just about anything.

Nonetheless, Anna’s post prompted many comments about her kids and their family. Perhaps the reminder of Anna’s age got fans thinking about how many more kids she might have.

It’s official, I’m 32! It’s been such a special day! This morning some of my sisters-in-love and I enjoyed some girls time out catching up over brunch, followed by a pedicure & fun time plant shopping! 🌱 • This afternoon was spent with my kiddos – reading sweet birthday cards — and lots of hugs and kisses! 🥰 • Josh & I wrapped up the evening with a dinner date, reminiscing our engagement 12 years ago today (can you believe it’s been that long?!?!?!) and dreaming about the exciting things in store for our family in the near future!🤍 • As I reflect on the kindness and grace of God throughout my life, I am reminded of God’s greatest gift — eternal life by the death & resurrection of Jesus. The song “My Heart is Filled with Thankfulness” by @gettymusic echoes in my heart today! 💕 • • • #littleduggars

One of the many comments about Anna’s children and a possible seventh baby on the way mentions how many kids Anna may have. The fan commented, “I guess Anna is following in josh mom footsteps!! Will have another 20 little Duggar’s!!“Josh’s mother, Michelle Duggar, has 19 children.

Though Anna typically receives tons of comments on her social media posts, she was able to respond to this comment in particular. She writes, “Well, since my babies tend to be 2+ years apart, that would put me having babies in my 60’s. I don’t think that will happen. I’m loving the 6 littles God has given us! Each day is full of laughter, love, laundry and a few random surprises.”

So, it doesn’t sound likely that Josh and Anna will be having as many kids as Jim Bob and Michelle.

In response to Anna’s comment, a few fans applauded her for the “comeback.” Others called the original commenter out as a “troll.” Anna didn’t necessarily seem to be bothered by the comment, but she definitely wanted to explain herself.

Because fans are wondering about baby number seven for Josh and Anna, they’re also wondering when that baby would come. Anna typically has her kids in odd-numbered years. Her youngest, Maryella, was born in November 2019. So, her next baby, if they stick with the same pattern, could be born in late 2021. But, because Maryella was born late in 2019, there’s a chance that the next baby could be born in early 2022.

Even if Josh and Anna have a baby in 2021, they still have a while. So, while a pregnancy announcement could come soon, Duggar fans might be waiting a while.

So, what do you think of Anna’s response to having 20 children? Share your thoughts below.