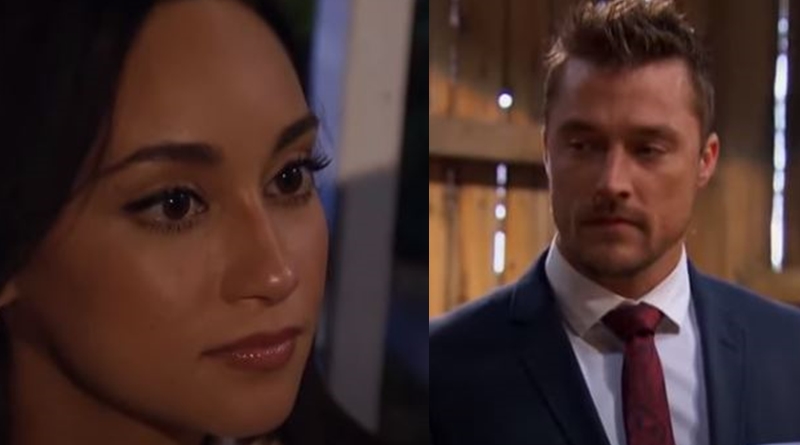 Bachelor couple Chris Soules and Victoria Fuller became Instagram official about a month ago. They visited Virginia Beach in June and looked very happy together at the Leaping Lizard Cafe. One of the serving staff, lucky enough to be around, got some insider info that reveals they seem relaxed and cute with each other.

Neither Chris nor Victoria worked out when it came to relationships in the ABC franchise. But, they started chatting on social media. Suddenly, their fans found a new couple to follow. Recall that Peter Weber sent Victoria home a week after their disastrous hometown date. That came after Merissa Pence, an old ex of Peter pulled him aside and accused Victoria of busting up previous couples. Meanwhile, in Season 19, Chris proposed to Whitney Bischoff. They split, and Chris seemed to accept the right person never came along yet.

But it looks like the farmer found the one for him in Victoria. In fact, Victora spent some time with him on the farm during quarantine. Now in Virginia Beach, he certainly looked happy in her company. Bachelor Nation fans mostly seem to like both of them and hope it works out. Host Chris Harrison also wished them happiness, even though he certainly never anticipated a hookup between the two stars.

Leaping Lizard Cafe shared a photo of Chris and Victoria

The Leaping Lizard Cafe shared a photo of the couple earlier this week. They captioned it with, “Loved having the cutest Bachelor couple join us for lunch today! Thanks for coming🌹.” US Weekly followed up and spoke to someone there at the time. They told the outlet that “They kept saying, ‘This place is so cute!'” They also told the outlet that Chris paid for the meal check. Notably, “They seemed genuinely happy and were very appreciative of everything.” The source added, that they seemed very “pleasant together.”

On the post, leaping Lizard Cafe received quite a lot of comments from Bachelor fans. One fan wrote, “They look great together!!” However, they also noted that they “can’t imagine her living on a farm 😄.” Another one wrote, ” love the both of you, hope it works out. Happy for you. Everyone has their person somewhere out there.” Then, someone noted, “You two are adorable hope you both love and happiness ❤️.”

Loved having the cutest Bachelor couple join us for lunch today! Thanks for coming🌹 @vlfuller @souleschris

But there are always trolls around, even on the pages of a place of business. Some critics hated that Victoria and Chris got together. They reminded those who don’t know, that Victoria allegedly breaks up marriages. Plus, they don’t like Chris as he got involved in a car accident that involved the death of a man.

However, overall, the comments about the Bachelor coupe seemed mostly favorable. What do you think? Can you imagine Victoria living on a farm? Sound off in the comments below.