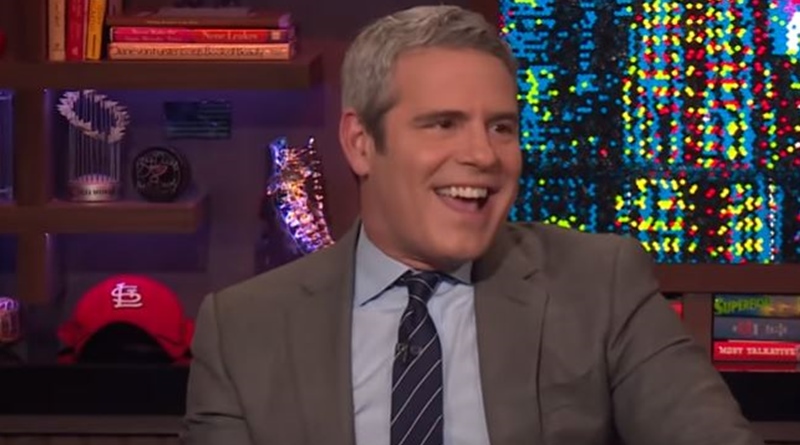 Andy Cohen seems pretty much over the coronavirus now. Bravo fans know he had the virus, but he’s since recovered. Apart from some “cloudiness” in his lungs, it looks like he’s just about completely mended. The Bravo host went for his post-coronavirus checkup recently, and it all seems like good news. Andy spoke with Extratv and noted his body weight returned to normal.

When Andy Cohen became ill with the coronavirus back in March, fans felt very fearful for him. After all, he’s no spring chicken, and he’s the dad to adorable little Ben. He also fell sick quite early on as far as celebrities go. High interest saw his many thousands of fans carefully monitor his social media for news. The good news he revealed this week shows he not only recovered but mostly, he’s back to normal. When he went for a checkup the doctors told him he still has some cloudiness in his lungs.

During his chat with Extratv, he noted that “cloudiness” in the lungs isn’t unexpected after the virus. Andy said, “They said that’s commensurate for someone who is recovering.” On the good news side, he also regained all the weight he lost while he battled the virus. Andy Cohen fell sick about three months ago, so his story illustrates how debilitating the illness can be. Certainly, fans know he works out regularly and watches his diet. So, how much worse must it be for those people not so fit and healthy?

Reuniting with Ben the best moment

After his quarantine and the all-clear from the doctors, we noted that Andy waited an extra day before reuniting with Ben. Andy, who’s hosted hundreds of reunions for Bravo, said the best one ever involved seeing his son again. On May 2, our article revealed his simple pleasure at taking his first spring walk with the little boy. On his Instagram, he described that walk as “the purest joy.” Since then, Andy resumed his various television duties from home.

US Weekly reminds fans that Andy Cohen spoke a bit more about his fight against the coronavirus via his SiriusXM show Andy Cohen Live. The outlet noted that he described his symptoms as “a fever, a cough, exhaustion, tightness in his chest, chills and a loss of smell and appetite.” later, as he progressed through the days, he started feeling a bit better. But the nature of the illness made him feel exhausted. Just going “downstairs” for a light meal made him feel the need to rest up afterward.

The coronavirus still infects thousands of people in the USA every day. Summer arrived, and people feel the need to explore a bit more after months of restricted movement. But possibly, it’s wise to exercise some care and practice social distancing. Imagine spending three months of summer slowly getting over it like Andy Cohen.