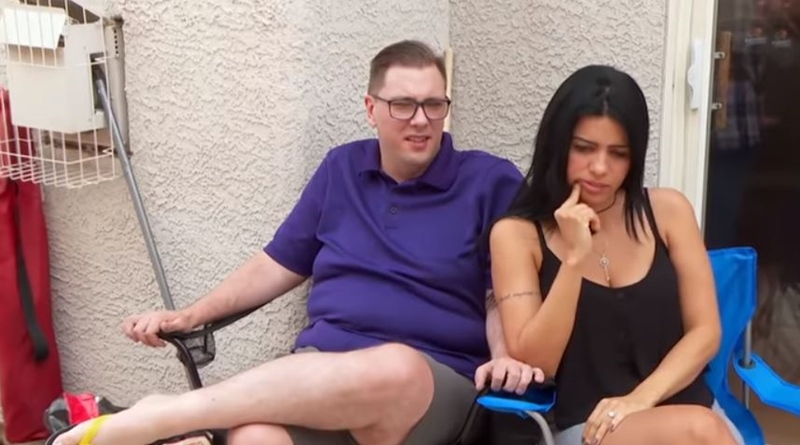 90 Day Fiance fans saw Colt and Larissa break up eons ago in terms of reality TV. Yet, this season of Happily Ever After? returned to their relationship all over again. After their divorce, Eric Nicols popped up but they split a few months later, very publically. Later, they got all friendly again and some fans wondered if that just involved more TV time. Now, Larissa maintains that Colt and his mom Debbie had a hand in that.

Many stars from the TLC franchise put up posts and then take them down on Instagram like yoyos. But those who follow them all might recall that Eric popped up in a photo with Debbie and Colt. That all happened a long while back now. But on her Instagram Stories, Larissa told a fan she believed they only did it to try and turn Eric against her.

We noted in November that Eric and Larissa made up and started hanging together again. These days, Larissa and Eric seem happy and might even love each other. So, Colt and Debbie obviously failed in the mission, if that’s what went down.

The Blast reported that Larissa said, “Eric and I, we argued, and thankfully he thought twice and didn’t joined the dark forces. He’s sweetheart and I forgave him from the bottom of my heart about it.'” Larissa firmly believes that Colt and his mom had some dark agenda against her. That seems a bit odd, as Debbie clearly loved the idea of Larissa out of her life. And, Colt moved on with other women. Nevertheless, without drama a TV show like 90 Day Fiance rapidly becomes boring.

Colt and Larissa had a toxic relationship

Fans recall that Colt and Larissa both accused each other of domestic violence. But Larissa faced arrests and dealt with a court case. She also faced possible deportation that never happened. Remaining in the USA, Larissa did community service. At one stage, Debbie looked mighty upset with Colt, who wavered a bit on withdrawing support for her green card. Fans of the show clearly believe that Debbie was behind much of the toxicity between the now ex-couple.

Debbie, a strong woman, and Larissa, a rather petulant and dominant character, never saw eye-to-eye. Meanwhile, Colt just looked feeble and oppressed by all the events in his life after he married Larissa. When Eric appeared in the Tell-All via remote conferencing, Colt seemed terribly upset that Larissa and Eric got together. Especially as he just told the cameras he wished things could be different between himself and Larissa. Maybe, Colt still felt something for the idea of marriage to her. Whether the 90 Day Fiance star actually loved her remains somewhat of a mystery.

Actually, whether Eric and Larissa really love each other also seems questionable. Many fans believe they just act out a role for five more minutes of fame. What do you think? Sound off in the comments below.