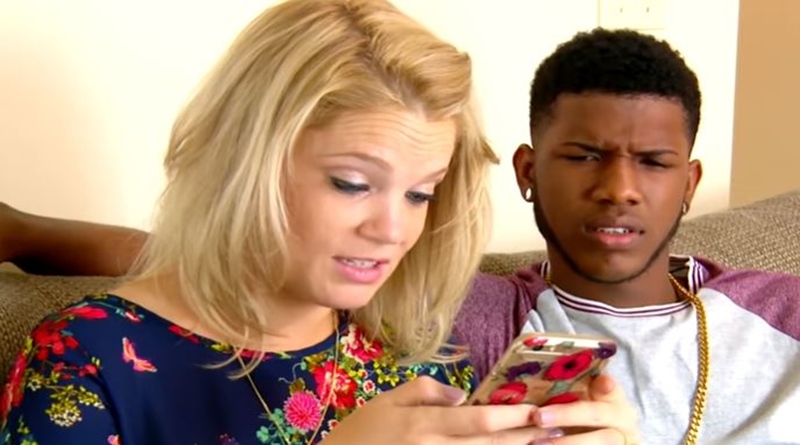 90 Day Fiance fans heard that Ashley and Jay wanted a child together sometime before 2025. But later, they changed their minds and don’t plan on having kids yet. Some fans wonder if she’s pregnant, and she confirmed that she’s not. She also shared a photo of a negative pregnancy test on June 25.

Ashley, previously married, already had two kids when she met Jay. They live with her and Jay now but don’t feature on the TLC show. Actually, some fans believe that decision’s probably the best she ever made. After several reported divorce attempts, Jay going to jail, and a string of alleged new men in her life, they got back together. In the meantime, Jay impregnating various women also did the rounds on social media.

Nevertheless, they live together now, and according to Ashley, they plan their future. Right now, she said she attends college and they focus on other things. In an Instagram Story, she talked about their careers coming first. She dangled a carrot, as she always does, about exciting news coming soon. But, the 90 Day Fiance star also mentioned she’s not pregnant. And her pregnancy test photo clearly stated that. Of course, there’s no way fans know if she took the picture or if she grabbed it off the internet somewhere.

Positive pregnancy test might be a huge surprise for Ashley

If she tested positive, possibly both Ashley, and her doctor would be amazed. After all, Starcasm reported in 2018, that she already underwent a hysterectomy. The news came from Ashley herself back when she and her ex-friend Natalie fell out. Natalie apparently alleged Jay would leave Ashley if she can’t make more children. She said Ashley underwent a hysterectomy. And, Ashley confirmed the news saying, “Due to cancerous cells I was forced to undergo a hysterectomy at age 26.'”

Nevertheless, Ashley apparently kept some of her eggs, so a surrogate pregnancy’s not out of the question. Jay seems happy enough playing at being a dad to Ashley’s two children. And, a lot of critics think he acts pretty much like a child himself a lot of the time. Even Ashley agreed he might not be ready to take on the responsibilities of his own child. Given the fact that Ashley’s hysterectomy made the media for years now, a surprising number of people look carefully for evidence of a baby bump.

Careers first before a child

Maybe one day, when they sort out their careers, the 90 Day Fiance couple considers taking on another child via surrogacy. For now, it seems another child’s simply off the radar. The on-again-off-again relationship between Jay and Ashley hardly seems the best basis for a baby right now, anyway. Do you agree? Sound off in the comments below.