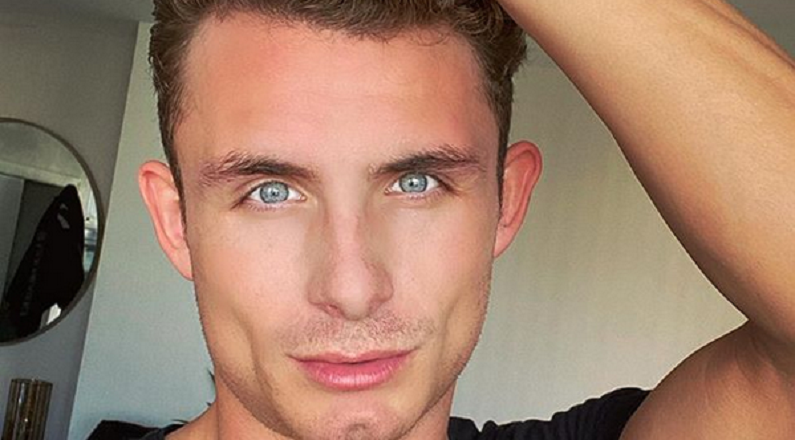 James Kennedy made his first public appearance since the Vanderpump Rules firings. Prior to that, he attended a Black Lives Matter protest with Lala Kent and girlfriend Raquel Leviss. Yesterday, the 28-year-old reality star virtually attended the 7th annual Reality TV Awards on Wednesday, June 24. He had to present the “Dynamic Cast Returning” award after four of his costars got the boot.

However, he had to give out the award virtually. So, that alone is awkward. But some felt that his appearance was a little too awkward. The Bravo series was among one of the chosen nominees among other reality shows. Find out the details of DJ James Kennedy’s awkward appearance.

Before announcing the winner, James reminded viewers that he and his costars won the award last year. He even showed off his TV-shaped trophy. James then announced MTV’s Floribama Shore as the winner. He was even shocked that the competing show won.

“Congratulations, wow,” the VPR star said. “I’m actually shocked they won, but congratulations Floribama Shore. You got yourself one of these babies.”

The Reality TV Awards first started in 2013. The annual event awards both cast and crew in unscripted television. Vanderpump Rules Season 8 had a larger cast than season’s past. Now-fired Brett Caprioni and Max Boyens joined the show, along with Charli Burnette, Dayna Kathan, and Danica Dow.

It’s unclear how the show will move forward. Fans were shocked when Stassi Schroeder and Kristen Doute got the boot from the show earlier this month alongside Max and Brett. Bravo fired all four former reality stars after their racially insensitive comments surfaced on social media. Stassi and Kristen’s firing after former cast member Faith Stowers accused them of racially profiling her.

Despite what James Kennedy revealed, the show has another chance to reclaim the “Dynamic Cast Returning” for 2021. However, there have been calls for the show to fire longtime VPR stars Jax Taylor and Brittany Cartwright, which could have the show headed in a new direction. Even Tom Sandoval revealed that the show will feel different, moving forward.

The returning cast members are in “shock” by the firings, an insider told Us Weekly. They have no idea about Bravo’s future plans. They also fear the show’s uncertain future.

I cleaned up a bit for the reunion…who’s ready for an iconic moment in reality television history? #pumprules #season8 #reunion 💜

“There was still no word to the cast about the plan for starting up filming for the next season,” the insider exclusively told Us Weekly.

What are your thoughts on Vanderpump Rules losing the “Dynamic Cast Returning” award? Sound off below in the comments section.