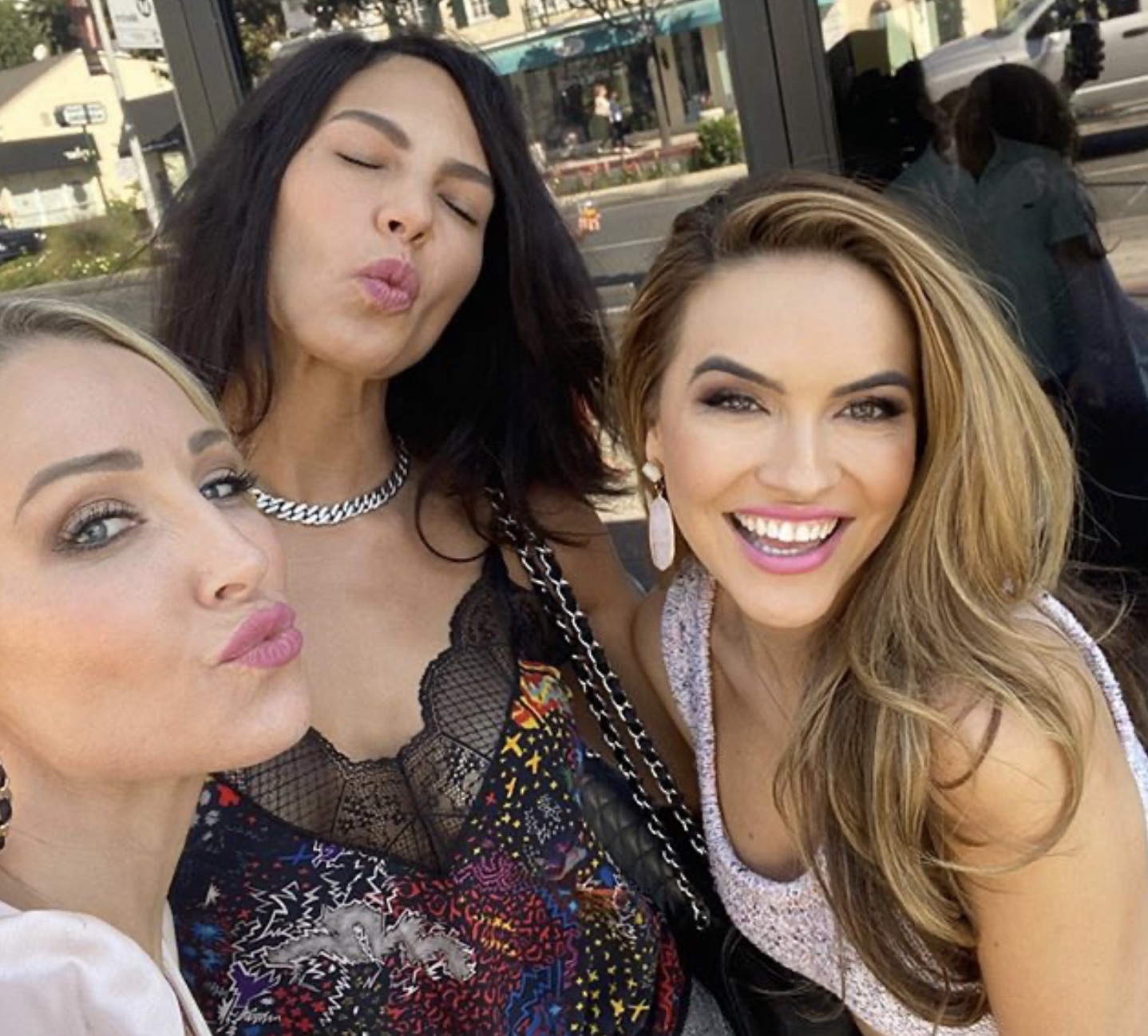 Chrishell Stause has been on an emotional rollercoaster ride. Her marriage to Justin Hartley has ended and she moved out. In April 2019, she lost her father to lung cancer and now  her mother was diagnosed with the very same terminal cancer. Then, there is the coronavirus quarantine. So, it is of no surprise that her Selling Sunset fans are wondering how the Kentucky native is doing now. We know she has said that she “gets emotional,” especially over the Justin Hartley drama. But what does her friend say?

Her Selling Sunset co-star Amanza Smith spoke exclusively to US Weekly. They asked her how the Days star was doing. She told them that Chrishell Stause is “doing awesome.” Amanza explained that although Chrishell was “blindsided and heartbroken,” she realized that she didn’t want to be with someone who could do that to her.  Amanza paraphrased what Chrishell said to her.  “If somebody basically could do that to me, then that’s not the one” who she wants to be with.

Amanza Smith was a huge support to her co-star. The talented interior designer and real estate agent was right there with Chrishell that first day she moved out of the mini-mansion where she and Justin lived and into her new abode. Chrishell changed her last name from Hartley back to her maiden name, Stause.

Smith provided a “giant” bottle of wine, and tissues. But it sounded like Chrishell didn’t need the latter. Amanza shared that Stause is as “tough as nails.” But, she surely felt stronger with such a strong ally right there next to her!

Doesn’t feel like work when you get to be with these beauties! . . . . . . . . . #realestate #westhollywood #homes #realestateagents #luxuryhomes #bestie #goals #sunset #sellingsunset #homestaging interior design #design

Before Selling Sunset Season 2 premiered, Chrishell Stause admitted that she “dreaded” watching the past drama of Justin Hartley’s divorce filing. She was literally “blindsided” by the This Is Us star’s actions. Worst of all, the Netflix cameras captured the drama.

Now, the actress and real estate agent has to relive all of this drama and pain. But, thanks to Amanza Smith, Chrishell’s fans around the world can feel relief. Chrishell is such a positive minded person that she has moved forward. She learned some lessons, and has left her past, all with a big smile on her face.

But, the Justin Hartley divorce drama has not unfolded on Netflix. Not yet at least. Selling Sunset Season 3 should be focused on Chrishell and Justin’s very public drama. That is because the previews show all of the different Selling Sunset cast members getting the news that the fairy tale marriage was over.

When Is Selling Sunset Season 3 Premiering?

Selling Sunset Season 3 will focus on Chrishell Stause and her breakup with Justin Hartley. Netflix will drop the highly anticipated third season on Friday, August 7. This promises to be more fireworks, Chrishell’s emotions and Christine Quinn’s wedding.