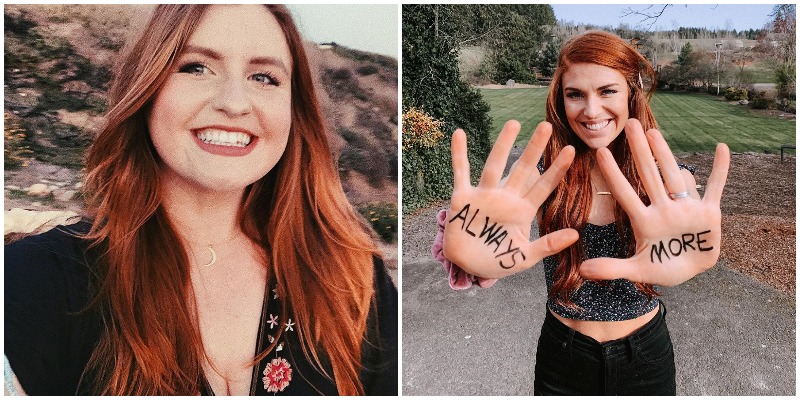 Little People, Big World fans already knew Audrey and Jacob Roloff have been getting into it on social media. The duo do not see eye to eye. They have very different beliefs. But, where does Jacob’s wife, Isabel, stand on all the drama? Does she have an opinion? According to a recent report by The Sun, it is possible she does.

LPBW alum Jacob Roloff and his SIL Audrey duke it out on Instagram.

Now, Audrey and Jacob do not share views on virtually anything. But, they do not typically engage with each other on social media. Jacob Roloff, however, did seemingly call his SIL out regarding some of the Black Lives Matter content she posted.

As those who follow the duo know, Jacob has been posting resources on Instagram. Audrey did participate in Blackout Tuesday. She also posted a unity video on her Instagram Stories.

Oh how we miss living here❤️ River walks, bike rides, swimsuits under our clothes and sunnies always on🕶 And for everyone asking about this dress I’ve been wearing daily it’s from my fav @carlyjeanlosangeles and my sunglasses are from Free People but they’re like 5 years old 😂

Jacob, however, wasn’t feeling her support of the movement. In fact, he took to his own Instagram to seemingly slam her for it. Pointing out that “Things like this are very, very bad,” as he shared the same video Audrey shared.
Audrey later took to her Instagram once more to announce she was “weathering a shame storm” after Jacob called her out.

Where does his wife Isabel fit into the equation?

LPBW fans do not talk about Isabel too often. She does not stir the pot with the Roloff family the same way her husband does. The Black Lives Matter movement, however, seems to be a different story. In fact, according to a report by The Sun, Isabel seems ready to speak out. And, it isn’t too surprising that she takes her husband side. Could she be joining him in going to war against Audrey?

Isabel reportedly spilled her guts via her Instagram Stories.

“The truth is, I would consider myself a very opinionated, passionate person And I actually think I have created a nice balance with ‘political posts’ and personal ones as far as social media goes. Recently, though, my personal posts have taken a backseat as I believe my platform can be best used to bring awareness and highlight current issues in the country and the world.”

And, Isabel wasn’t done. She also wanted to discuss LGBTQ rights as well.

Pinchin’ him a lot lately to be sure he is real.

Little People, Big World fans cannot help but wonder if this means Isabel will be going to war with Audrey instead of Jacob Roloff. It goes without saying that she disagrees with Audrey’s views just as much as her husband.