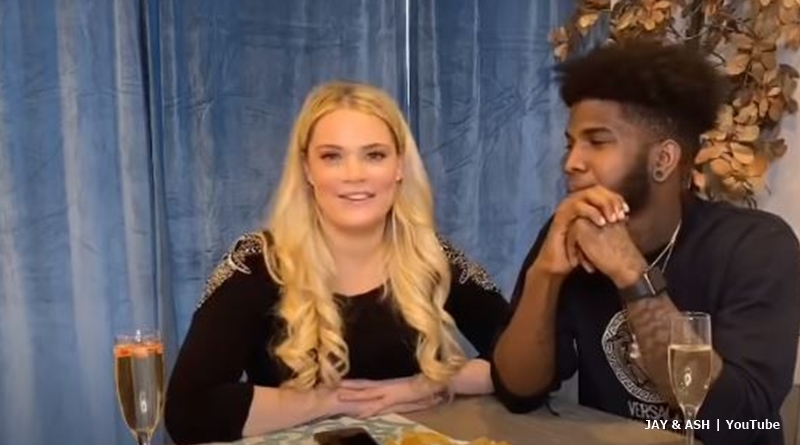 90 Day Fiance alum, Ashley Martson got involved in the Vanderpump Rules firing frenzy drama in early June. She wants Jax Tayor off the show because of the message where he mentioned the size of Jay Smith’s nose. Some fans thought it a bit off as she reported Jay to ICE and claimed she wanted rid of him. Now back together, she slammed Jax. But, after creating a rush of media stories, she now says she doesn’t want press inquiries.

Ashley Marton’s not the most popular person on the TLC franchise. Fans saw her manipulate them over time. From being caught out for leaking inside info via a duplicate account, through Jay’s arrest, she annoyed fans. Plus, it seemed that every time her media appearances stopped, she reversed her decision on divorcing Jay. Many fans think they never separated in the first place. So, when she demanded Bravo fire Jax, some skeptics wondered if she didn’t just hope for more media attention.

Ashley recently resurrected, briefly, another DM from Jax that referred to her daughter. It seems she won’t let this opportunity go to slap Jax into the unemployed ranks. This all went down a few years ago, but then, fans know Ashley’s slow on the uptake when it suits her. The DM from a few years back went up on Instagram, but already came down, just a few days later. In it, she shared that Jax said that Ashley’s “pathetic.” He also mentioned her daughter’s, “in for a world of hurt” through her mother’s “dumb” actions. But now, after posting this sort of thing, the 90 Day Fiance alum tells the media she wants no contact from them.

By her own admission, Ashley historically claimed her own “dumb” actions, ascribing it to being shot in the head years ago. She hit social media with two posts about Jax and demanding his firing. But then to deny the media interviews seems paradoxical. After all, Jax right now seems one of the most-talked-about reality TV personalities. Notably, something Ashley usually manages to escape. She shared a post on her Instagram Stories on Wednesday explicitly asking them not to ask for interviews.

After stirring up more drama for Jax Taylor, she claims she and Jay simply aren’t into “drama” anymore. The 90 Day Fiance alum thanked people for their interest. Her slide said, “Thank you so much for the messages requesting press interviews.” But the couple no longer focuses “on drama.” Instead, they work on making YouTube content which they aim to put up soon. 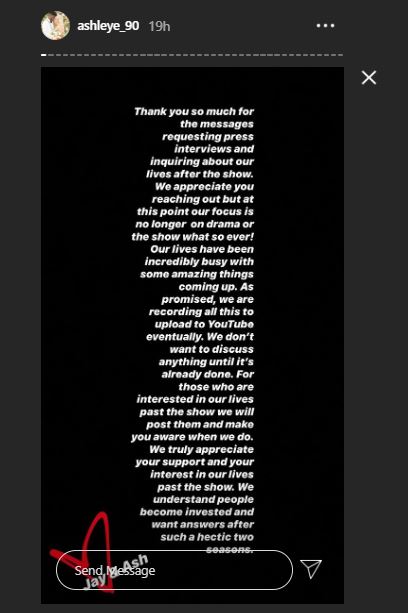 What do you think about Ashley of 90 Day Fiance climbing in on the Vanderpump Rules drama about Jax, but now denying she wants drama? Sound off in the comments below.