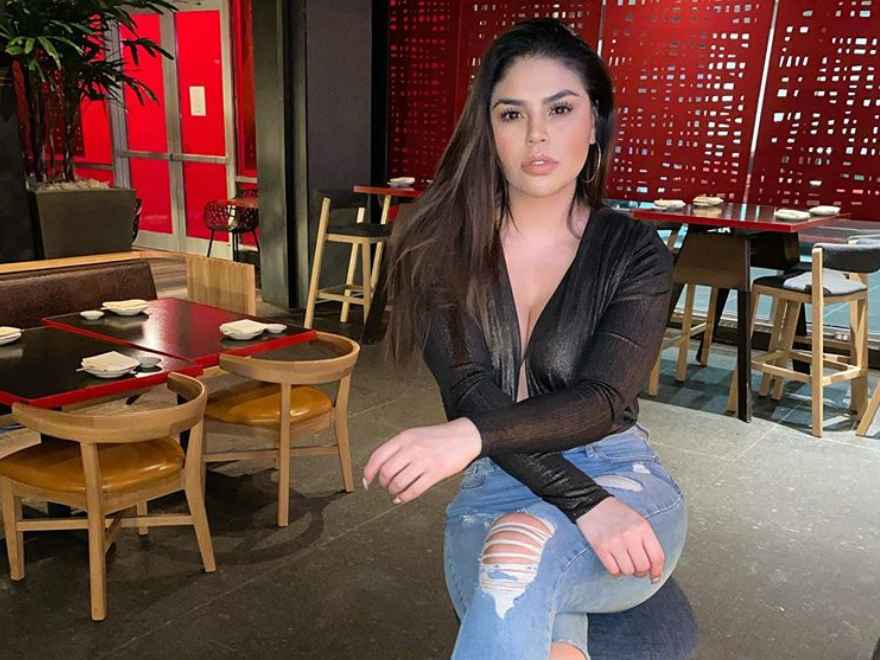 Life isn’t always that easy, especially when moving on from a relationship. 90 Day Fiancé star Fernanda Flores has admitted Jonathan Rivera’s engagement has hurt her. This is more than she would have imagined. Fernanda hits Instagram to admit to her fans she is feeling “hurt.” This is in the days since her ex-husband Jonathan reveals his engagement with Janelle Miller. According to In Touch, she has initially told them she wishes Jonathan and Janelle “all the best.” However, looking at her journal reveals she has been reflecting on her emotions since then.

Fernanda, 22, makes a post to her Instagram Story on Monday, June 22. She captions the image to say there are things in life that “suck” sometimes. Meanwhile, she writes that it is all about how we react to the situation.

The 90 Day Fiancé star writes that she tries to stay “focused and positive,” despite the hurt. Fernanda doesn’t say exactly what she has been hurt by. However, it doesn’t take too much for fans to make the connection. This is after she shares another video where she changes her bridal gown into a paint-splattered divorce dress.

In a TikTok video, Fernanda says to make a long story short, she had married who she thought was the love of her life at 20 years of age. However, six months later, she gets separated and a year after that, she gets divorced. Referring to an image, she says this is her, walking from the courthouse, “feeling happy and free.”

Flores goes on to say she got to keep her wedding dress, which she was supposed to wear for her wedding in Mexico. This would have been with all her friends and family surrounding her, but it didn’t happen. Fernanda couldn’t bring herself to sell her dress, as she was attached to it. This, and the dream of the big wedding. Meanwhile, she and her friends come up with a crazy idea.

Fernanda goes on to turn her wedding dress into an art project with her friends. As readers can see in the image above, the results are spectacular.

Meanwhile, this made the TLC alum realize her marriage hasn’t been a failure. It does, after all, lead her to where she is right now. Flores says she realizes how capable she is to do all the things Jonathan told her she was not. The 90 Day Fiancé alum also finds these friends who now feel like her family. According to Fernanda, this is her “happily ever after.” She says we can’t control certain situations in our lives, but we can control how we react to them.

Less than a week before this, Jonathan, 33, announced his engagement to Janelle. He shared a selfie with Janelle on Thursday, June 18. This means that shortly over a year after Jonathan and Janelle shared their first image together, they share a new one. This image shows Janelle flashing a diamond ring at the camera. The 90 Day Fiancé star captions the image, “Easiest decision I’ve ever made.”

Making it official! 💍 #90DayFiance alum #JonathanRivera announced his engagement to #JanelleMiller and gushed it’s the “easiest decision” he’s ever made! ❤️ Get details about his new love in the wake of his divorce from #FernandaFlores at the link in bio. (📸: Courtesy of Instagram)

Fernanda might be feeling a little hurt by Jonathan’s engagement. However, judging by the responses on both sides, they both sound happy to have moved on.