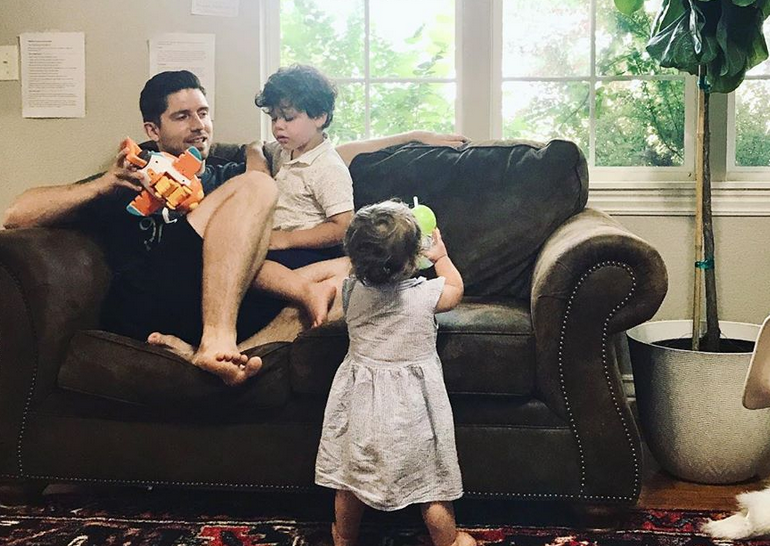 On Sunday, June 21, Jessa Seewald jumped on the Father’s Day social media post bandwagon. Like many others, she shared a photo of her husband with her kids. In her social media post, she calls her husband Ben Seewald a “fantastic dad.” While many of Jessa’s followers are loving the photo, some are wondering where her son Henry is. The photo features Ben, Spurgeon, 4, and Ivy, 1. But, Ben and Jessa’s middle child, Henry, 3, isn’t pictured.

In response to the photo, one of Jessa’s followers asks, “Awe, where’s Henry? Is he okay?” Shortly after, Jessa answers, saying, “He was napping when I took this pic. 😴”

The fan who originally asked about Henry was questioned by other fans. One fan asked why Henry wouldn’t be okay. So, the first follower explained, saying they wondered if Henry was sick.

Someone took issue with Jessa sharing a post that doesn’t include Henry. That follower writes, “but why would you post one photo (when she often posts multiples) for father’s day of a father with only 2 of his 3 children, when literally all this woman does is take pictures and post them on Instagram?” They also suggest that she post a picture featuring all of her kids with Ben.

Fortunately, the rude comments on Jessa’s post are rare. On her social media posts, she does receive a lot of hateful comments. But, this time, there are only a few.

While Jessa did get a little bit of trolling on her recent post, most of her Instagram followers seem to like it. Jessa received 47,000 likes on her photo and a handful of comments. Many Duggar fans are agreeing with her that Ben is a “fantastic dad.” Jeremy Vuolo, also from TLC’s Counting On, feels that Ben is a good dad too.

Fans especially love that Jessa shared a more candid photo this time around. Some of her photos seem more “staged.” This one includes Ben sitting on the couch with the kids.

On her Instagram stories, Jessa Seewald shared about her dad Jim Bob Duggar for Father’s Day. She reminded fans about a video she made a little while back. In the video, she talks about her childhood and all the things she loves about her dad. It’s a sweet video, fans think.