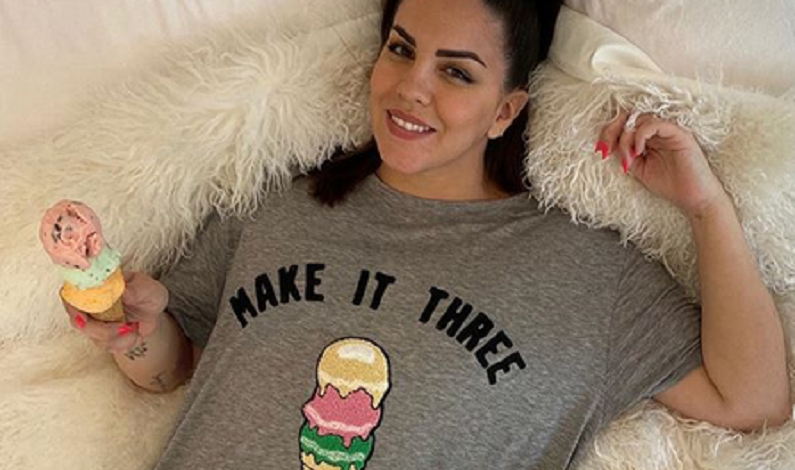 Katie Maloney-Schwartz is having baby fever. Earlier this month, Stassi Schroeder and Beau Clark announced that they’re having a baby. On Tuesday, June 23, the couple announced the gender of the baby. They’re having a little girl.

Now, Katie is having baby fever. The Vanderpump Rules star says she’s next to get pregnant. She took Stassi’s special moment and turned the subject on her. The former VPR co-star broke her social media silence since her firing to announce she’s having a baby girl. Moments later, Katie commented on the post, and fans encouraged her to become a mommy next.

Katie Maloney-Schwartz just hinted that she wants a baby after Stassi Schroeder’s gender reveal. The former Bravo star and her fiancé Beau Clark announced on Instagram that they are “having a baby girl.” Katie was one of the many who took to Stassi’s Instagram post. She wrote, “Can’t wait to meet her.”

Stassi’s followers asked Katie’s plans with her husband, Tom Schwartz. One follower wrote, “I think Stassi’s baby girl is going to need a best friend to play with,” while another added, “Time for you to make her a BFF.” The reality star responded, “Definitely.”

Katie Maloney and Tom Schwartz legally married last year after first tying the knot in 2016. Back in March, Tom told Us Weekly that while he brags about wanting children, the thought was “scary.”

“During life, during brunch, during interviews, we’re like, ‘Yes, we’re ready to have kids,’ but then we get home and we’re like, ‘Uh ….’ When it comes down to it and you’re in the bedroom, you’re like, ‘OK, we’re doing this. We’re just trying to make a baby.'”

Tom says he doesn’t want to become a “rickety old dad.” He wants to have kids young so he can play with them and chase them around the house. While Tom “low-key want boys,” he’s “down for two girls.”

Vanderpump Rules viewers know about the couple’s lack of intimacy. It’s brought up every season. As per The Blast, one Instagram troll told Katie Maloney-Schwartz that it’s “time to get busy!” The follower said that it’s time for the couple “to do it already!” But Katie isn’t bothered by the comments. She simply ignored and moved on with her life.

Back in 2017, Andy Cohen asked Tom and Katie when they are going to try to have kids. “Soon-ish,” Katie vaguely responded. As for Stassi and Beau, Us Weekly leaked the news that the engaged couple is expecting their first child together.

NEW #pumprules ON TONIGHT! Here’s a throw back of me and my Bub from the rehearsal dinner night.

The baby news happened after the Next Level Basic author got the boot from Vanderpump Rules, alongside Kristen Doute, Max Boyens, and Brett Caprioni. The cast members got the axe after their racially insensitive comments and actions resurfaced.

What are your thoughts? Do you think Katie Maloney-Schwartz will get pregnant next? Sound off below in the comments section.