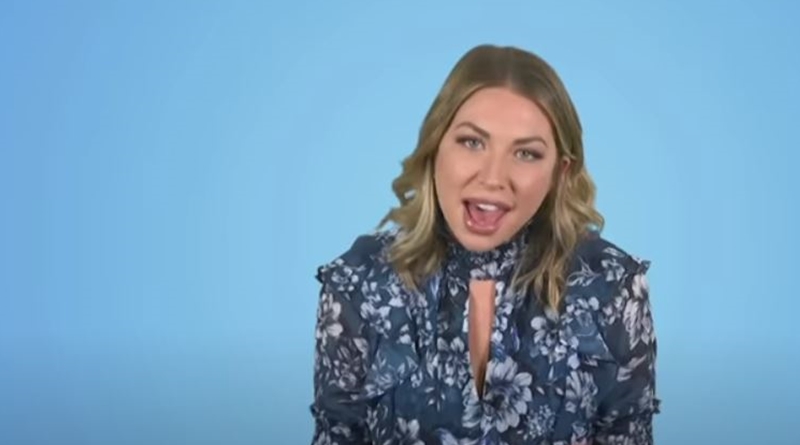 VPR fans heard that Bravo took steps to make up for tolerating racist behavior and fired four cast members. It seems the network bowed to demands following Black Lives Matter protests starting up. Stassi Schroeder, Kristen Doute, Max Boyens, and Brett Caprioni all lost their jobs. Not content with that, many critics now scream for cancellation of the entire Vanderpump Rules show. In the meantime, other fans started a petition to reinstate Kristen and Stassi.

Two weeks after Bravo fired Vanderpump Rules veterans, Kristen Doute and Stassi Schroeder, Stassi announced she’s expecting a baby. She lost her job after Faith Stowers spoke out about racist behavior. Recall, the girls thought she looked like a woman wanted by the police and called the cops on her. Some fans feel really sad about seeing them go especially after they apologized. Not so much support came for  Max Boyens and Brett Caproni, for historical tweets about race. So, fans started a petition for Stassi and Kristen.

In particular, fans hope to follow the baby and her wedding to Beau. The petition to bring them back quickly gained over 20k signatures. It states, “The actions by Ms. Schroeder and Ms. Doute were out of ignorance.” It notes they learned from the past like many other people. And, they also “raised awareness and worked for LGBTQIA rights.” While people sign the petition, on the other side of a now very divided USA, critics want the VPR show entirely removed by Bravo.

The Blast noted a large number of critics call for the show’s ending. A lot of it came when one of the cast dared break social media silence. Tom Schwartz shared a promo of a “clip of Sherman’s Showcase, a black sketch comedy show.” But people already started calling for more firings like Jax and Brittany and even Lala Kent, before that. Twitter’s been full of that sort of thing for a while now. Clearly, a lot of people who watch the show, aren’t fans at all, it seems.

One follower suggested that Stassi deserved to be fired from VPR because she comes from a Republican family. They wrote, “Stassi’s family are rich, southern white Republicans. She is the poster child for white privilege.” But others don’t just celebrate the firings and the fact that Kristen lost her book deal. They want the whole shebang to be over. This follower wrote, “@BravoTV @Andy  pls cancel #vpr #vanderpumprules the world will be a better place #truly oh and Jax Taylor is the worst..”

As far back as June 8, people called for the show’s cancellation:

@BravoTV @Andy @BravoWWHL so are you guys canceling @stassi and @kristendoute or not? You’ve been mighty silent. Do the right thing and while you’re at it maybe just cancel #vanderpumprules all together. #cancelstassi #cancelkristen #bravo #andycohen #vpr #racists @CancelStassi

What do you think about VPR? Should they cancel the entire show? Perhaps Bravo should cancel all their shows? Should the entertainment industry take down entire networks? Sound off in the comments below.