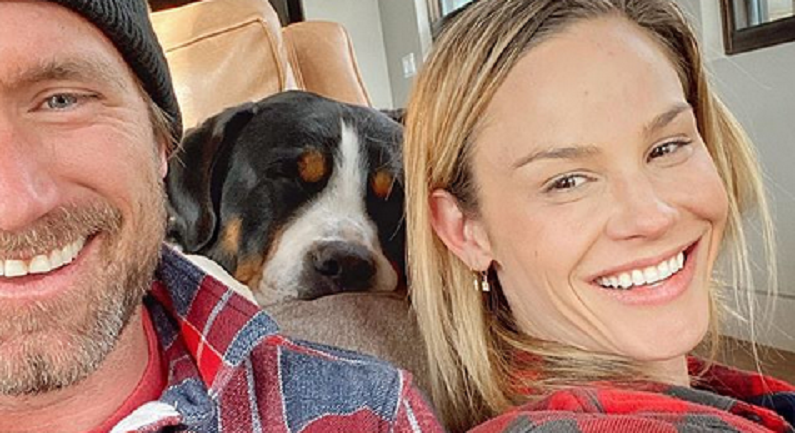 Real Housewives of Orange County star Meghan King Edmonds has new rumors surrounding her boyfriend. Some people want to know if Christian Schauf is only dating her for the fame. They fear that she could get used by her new man.

The RHOC alum went public with the entrepreneur about a month ago. The 40-year-old lives in Utah and is the owner of Unchartered Supply Co. According to a new tabloid report, Chris could be dating Meghan because “she’s famous.” The outlet claims that he has ulterior reasons for dating her.

Should the RHOC alum feel concerned over her new boyfriend?

As per The Inquisitr, Meghan King Edmonds may have to worry about her new boyfriend. The new report in Life & Style Magazine claims he’s just using her for fame. He may look like an average guy, but he’s far from it, claims the report. He doesn’t mind being in front of the camera.

“Christian is only dating her because she’s famous, and he wants to be famous too,” an insider revealed in the Tuesday, June 23 report, as per All About the Real Housewives. “Christian loves the attention!”

Meghan and Christian just started dating a few months ago. At first, the couple was shy about becoming Instagram official. She shared photos of him on her Instagram feed on several occasions. He’s also appeared in many of her Instagram Stories. One particular video seen on Meghan’s videos days ago. Christian looked happy while holding one of her 2-year-old twins, which she shares with ex-husband, Jim Edmonds. Meanwhile, their 3-year-old daughter, Aspen, stood next to him.

Have you ever felt like your life was going so far from what you had planned, but instead of resisting it you leaned into it, made yourself a better person, and waited for the universe to do its thing?⁣ ⁣ I wrote a blog on where my life is today (link in bio) but I also want to hear your story. Tell me: did you come out on top? or are you still coping? What are some best practices you use to stay positive when it feels like the universe is against you? I think everyone could use a good story or some helpful advice right now 🥰

The podcast host took her kids with her to Utah earlier this month to meet Christian. They appear to like him. However, according to the report, Meghan needs to be careful and guard her heart.

“Meghan deserves to be happy,” the source continued. “But Christian probably wouldn’t be with her if she was a nobody.”

The Life & Style report went on to claim that Meghan is serious about Christian. She’s looking forward to seeing where their relationship takes them.

Meghan King Edmonds moves on from her messy divorce

This is the Real Housewives of Orange County star’s first public relationship since her split from Jim Edmonds.  The couple is in the process of their divorce. Meghan King Edmonds and Jim Edmonds share three children – Aspen and their twin sons, Hart and Hayes.

“When I knew I had worked through my pain to the point where it wouldn’t define me or scar me but instead teach me, I knew I was ready to really date,” Meghan wrote on her blog.

She’s no longer on reality television these days. She appeared full-time on The Real Housewives of Orange County for three seasons. Meghan made a few appearances as “Friend of the Housewives” since she left the show. She left the show to focus on her family with her now estranged husband Jim.

What are your thoughts? Do you think Meghan King Edmonds should worry about her new boyfriend? Sound off below in the comments section.