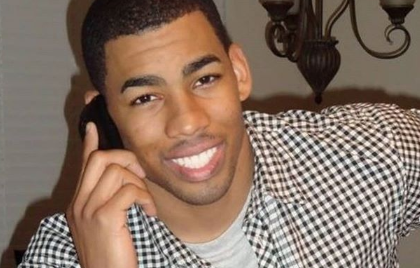 Bachelor Nation vet Mike Johnson has written a tell-all book he describes as a life journal. Mike Johnson became a fan favorite when competing for Hannah Brown’s heart on The Bachelorette, unfortunately sparks didn’t fly between them. Fans lobbied for him to be the first Black Bachelor. He is thrilled for Matt James who will take that title. He opened up about diversity in the franchise, “Personally, I want to see changes in all departments. The only way to be inclusive is to have people from all walks of life in a position of power.”

He went on to say this isn’t a moment, it is a movement. And it’s one he wants the Bachelor franchise to spearhead. He said a big part of his book is sharing difficult times in his life and how he “overcame them to find self-love.” Mike hopes sharing his stories can help others overcome road blocks and move forward to do great things.

What Did Mike Johnson Write About In His Book?

Mike Johnson’s book will be out in the fall according to Life and Style. The thirty-two year old really wants to inspire people. He hopes they embrace whatever comes up for them while they read it. Mike said, “encourage readers to go on their own journey with tangible tools and exercises to turn their life challenges into springboards as I did.”

He said his goal was to take readers on his personal journey while they rewrite their stories. Johnson wants readers to move past what has been holding them back and says, “don’t be afraid to visit the margins” when reading.

Mike shared a quote from his book on Instagram, highlighting his support and passion for the Black Lives Matter movement. It said, “There is simply nothing more toxic and dysfunctional than developing the need to please someone who does not respect, value and love you” His fans have shown unbelievable support and will undoubtedly support any project he takes on.

”There is simply nothing more toxic and dysfunctional than developing the need to please someone who does not respect, value and love you" – excerpt from my book. I've been getting a lot of messages from ppl who are having internal struggles trying to figure out what to do, battling with what’s right in their heart when it means disagreeing with friends/family who want to silence the movement – people who feel #blacklivesmatter is wrong and alllivesmatter is right. It’s a choice to listen to those that are hurting rather than speaking over them. Speaking over the oppressed as they try to educate you is harmful, and it stems from your fear of not being valued as much if black people are valued at all. This makes you part of the problem, and not part of the solution. Being part of the solution means speaking up for the oppressed, not speaking over them. It means choosing what’s in your heart – liberating yourself and being in union – rather than choosing what’s in your fear. It speaks volumes about your character and how amazing you are. You can never be wrong when you stop trying to please those who don’t respect, love and value you. You can never be wrong when you do the right thing. 📷: @taylorprinsenphotography

When asked if he would go on Bachelor in Paradise again, Mike Johnson didn’t say no. He did say since it isn’t going to be until sometime in 2021 he hopes he’s settled down by then. Johnson did say, “Carpe Diem.”

If the time is right and he is still single fans could see him back on the beach once more. He knows what he is looking for in a partner. Johnson said he is “looking for somebody that has confidence, someone that is fierce, that loves themselves and someone that truly is my biggest competitor and … I can cry on their shoulder, if needed.” Fans certainly want to see him find love. They also will be chomping at the bit to grab his yet-untitled book when it comes out in the fall.