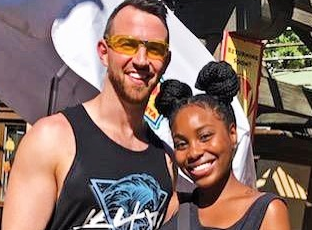 On Wednesday, June 24, Love Is Blind star Lauren Speed‘s new show, Design Duo premiered. Lauren and her husband, Cameron Hamilton, will also be hosting a new show, Game Night, in the near future. In addition to their appearances on TV, the couple recently added a new series to their YouTube channel.

On Lauren’s new show, Design Duo, she teams up with John Colaneri to help people remodel their living spaces. However, they have a strict deadline and budget. The process needs to be completed in 24 hours. To make things more complicated, Lauren and John work remotely with their contestants. The two hosts give their clients remodeling directions from their own homes.

🚨It’s official!!! 🚨The first episode of my new show #DesignDuo is NOW AVAILABLE TO WATCH on @EllenTube 📺👀🙌🏾❤️ joined by my cohost design expert @colanerijohn and partnering with @theellenshow #DESIGNDUO is such a fun adventure! I’m already planning how I can apply some of the redesigns to my own home!!! 😂🙌🏾😍 Click the link in my bio to watch FULL EPISODE! Thank you in advance for your amazing support 🙏🏾✨

Design Duo Season 1 premiered on June 24. In the first episode, Love Is Blind star Lauren works with John to redo a basement. Two siblings, Meghan and Matt, are staying with their parents during the pandemic. However, they have to live in an old basement. So, Lauren and John help them turn it into a home.

As if Lauren didn’t have enough going on with Design Duo, she and Cameron recently agreed to host another show, Game Night. Ellen Degeneres announced Game Night, along with several other new shows, on Tuesday, June 23. On this competitive show, Lauren and Cameron will participate in virtual games with other couples. Game Night viewers should expect to see many variations of classic drinking games.

Lauren and Cameron met on the Netflix original, Love Is Blind. After falling in love on the show, the two got married. In an interview with The New York Times, Lauren said, “It gets mundane if you have the same pattern, so it’s cool to do something new together like learn a new game.” So, it sounds like the couple will have plenty of practice by the time Game Night is released.

In addition to playing games, the Love Is Blind couple are adding to their YouTube channel, Hanging With The Hamiltons. They  created a new series on their channel called Quarantine Diaries. Lauren and Cameron wanted to document their time together during the pandemic, so they thought that this was the perfect addition to their already popular YouTube account.

Lauren and Cameron decided to take a break from their regular content to raise awareness for the Black Lives Matter movement. They put their YouTube channel on pause for about a month and took to Instagram to share media that they felt was more important at the time.

Black lives matter. Institutionalized racism continues to plague our country. Our country’s fathers, daughters, mothers, and sons are being slain. We cannot be silent about this. We must acknowledge the systematic ways the black community is failed and ask what we can do. I don’t pretend to know how to solve it, but I know we must acknowledge the injustice in our country and voice our opinions through voting and petitioning with campaigns that have a direct strategy. Although prayers cannot undo the lives lost, let us add our prayers to our actions for the sake of black lives.

Love Is Blind star Lauren has a lot of new content coming out. Do you plan on watching her new shows? Let us know in the comments and check TV Shows Ace for more updates.