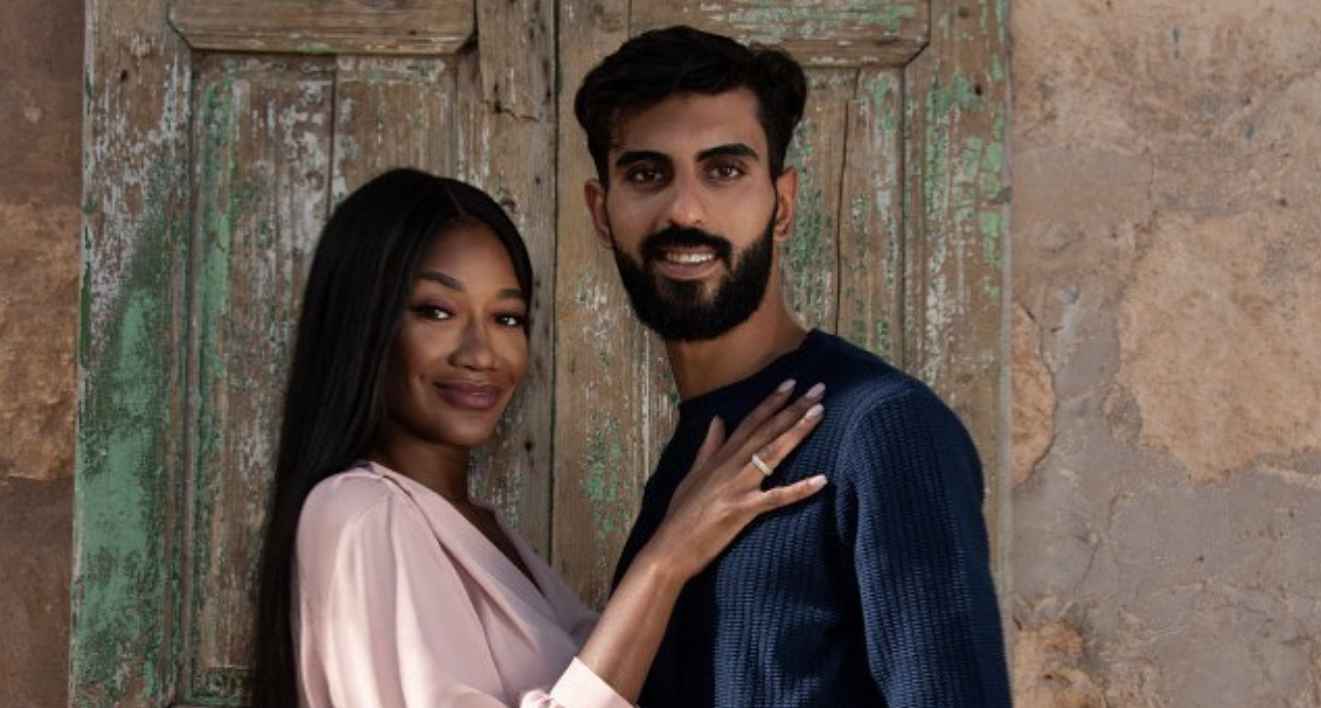 As Brittany arrives in Jordan, she got into a heated fight with her fiancé Yazan. The 90 Day Fiancé: The Other Way star is planning to start her new life with Yazan in his native country. it seems the TLC reality star has insulted Yazan’s Muslim culture. Can this couple survive?

Yazan was excited that Brittany was coming to Jordan. He was waiting impatiently with a bouquet of roses outside the airport. Yazan says in the latest episode of 90 Day Fiancé: The Other Way that he can’t wait to be with her. He longs to have her in his arms. However, Yazan, 24, does add Brittany will have to accept their “living conditions.” His confessional continues by saying she will need to adapt to them. This will mean she needs to make changes to be able to live with him in his country.

Fans then see Brittany arriving at the airport. She walks up to Yazan and the couple hugs. Yazan gives Brittany the roses and they walk arm-in-arm to his car. Everything looks so romantic! However, the 90 Day Fiancé crew stops the couple before they enter the airport parking lot. They want to put a mic on Brittany in order to continue filming them while driving to her hotel.

This is when Brittany makes a couple of major mistakes. First of all, Brittany greets the TLC crew with a hug. This is something that is frowned upon in her fiancé’s culture. She then reveals a bottle of alcohol in her carry-on luggage. This is again something majorly frowned upon in Muslim countries.

Yazan spots the bottle of alcohol in Brittany’s luggage. Looking shocked, he says: “Hey, what’s this here? What’s this?”  Brittany waves this off, saying it is nothing to worry about. She is then shocked as Yazan responds that it just wasn’t good, “but f**k you.” Brittany asks him why he is acting so crazy. Yazan responds by shouting “What’s this?” again before storming off to his vehicle.

When a TLC producer asks Yazan what is wrong, he says he is “so stupid.” Meanwhile, he has told Brittany before she arrived in Jordan that you cannot drink alcohol there. Yazan says he also told her you cannot talk to people and hug people in public.

Brittany has a fabulous life in Miami👙🌴… that she's leaving behind to be with her boo in Jordan! Follow her journey on #90DayFiance: The Other Way, Mondays at 9/8c.

As Brittany stands on the sidewalk, she says sarcastically, “That was a nice welcome.” She goes on to say she has never seen Yazan act like that and that it was scary for her. The TLC reality star goes on to voice her concern over Yazan’s reaction to her arrival. She says she has done so much and given up so much to be with him. Meanwhile, this is how he reacts.

As noted by In Touch, Brittany continues by saying she is not proud of his behavior. In fact, she is actually disappointed by it. The TLC reality star says it isn’t like alcohol is not accepted in Jordan. She says, of course, she respects Yazan’s culture and his choices. However, Brittany says, at the same time, she is not Muslim. Having seen his reaction, it makes her “second guess” moving to Jordan. Brittany says it reminds her of how her ex behaves. She continues by saying if Yazan is going to behave like this, then she doesn’t want anything to do with him.

Meanwhile, Yazan also has his concerns about Brittany. He says this is exactly what his parents warned him about. The 90 Day Fiancé star says Brittany doesn’t understand or doesn’t care about the traditions of his country. Yazan says in his confessional he has risked a lot of things in his life to make his relationship with Brittany work.

At this stage, it looks like Brittany and Yazan will have a lot of problems in overcoming their cultural differences. Keep watching 90 Day Fiancé: The Other Way on TLC Mondays at 9 pm ET to find out what happens next.