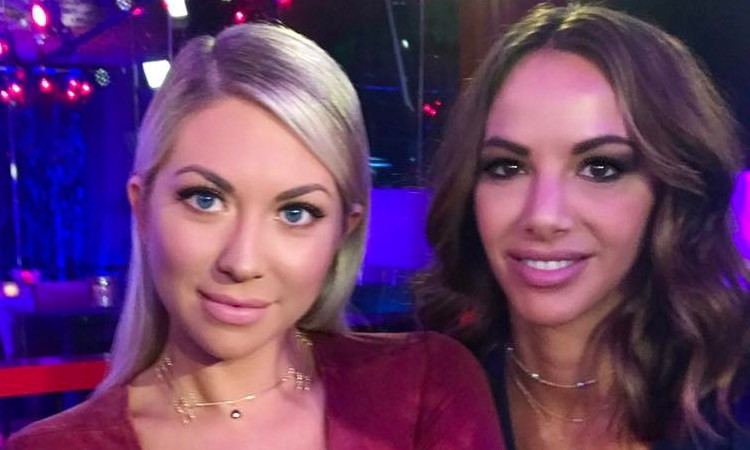 It has been exactly two weeks since Bravo’s firing of Vanderpump Rules stars Kristen Doute and Stassi Schroeder. The pair, along with Max Boyens and Brett Caprioni, were let go on June 9 for past racially insensitive behavior.

A week prior to that, their former co-star, Faith Stowers, spoke out on her experiences on the show. Faith recounted hearing Stassi joke on a podcast about the time she teamed up with Kristen to call the cops on Faith.

At a time when the nation has a spotlight directly on police brutality toward minorities, the story blew up. As the story gained traction, Stassi and Kristen offered apologies. However, Bravo chose to cut ties with Stassi, Kristen, Max and Brett, effective for Season 9.

In what some viewed as a PR stunt, Stassi Schroeder announced, through her representative, that she was pregnant. As fans know, Stassi was to marry fiancé Beau Clark later this year. However, the coronavirus pandemic pushed those plans back a year. The couple decided to try for a baby instead.

While some fans questioned if Stassi was pregnant at all, she put doubters to rest on June 23. She shared her first Instagram post since the firing. In the photo, she cradles her baby bump while Beau sweetly kisses her cheek.

In the caption, she reveals to fans that they are expecting a little girl. If there’s any doubt about Stassi’s pregnancy, her tiny baby bump leaves no room for questions.

Stassi and Kristen are both original members of the Vanderpump Rules cast. While Kristen brings the drama, Stassi is the fan favorite. Even before Stassi’s pregnancy announcement, fans lamented her firing because now they won’t see her upcoming wedding.

In fact, one rumored VPR spin-off was about Stassi and Beau’s wedding.

Once Stassi announced her pregnancy, fans were doubly upset over Bravo firing her. Several fans speculated that Stassi will become a mommy blogger. However, it’s hard to do that without sponsors.

Most of Stassi’s sponsors, including those for her podcast, dropped Stassi following the scandal.

Online petitions are all the rage right now. Fans recently targeted ABC with a petition for a black Bachelor lead. Within days, they got their wish, though ABC says it was their plan all along.

A fan petition for Bravo to bring back Stassi and Kristen didn’t get the 100K-plus signatures the Bachelor petition got. However, the petition got 10K more signatures than a similar petition demanding Bravo fire VPR star Jax Taylor, too.

The petition for VPR‘s Stassi and Kristen says that fans don’t believe the phone call to the police stemmed from racism. Rather, they were just being mean girls, protecting Brittany Cartwright.

(Faith once had an affair with Jax while he was dating Brittany. Brittany and Jax are now married.)

The Kristen/Stassi petition has over 20,000 signatures, The Blast reports. It’s unlikely that Bravo will listen to the fans now, but it’s always possible Stassi and Beau can find a new home for a reality show about their wedding and baby.

Check back with us for any updates for whether that happens.