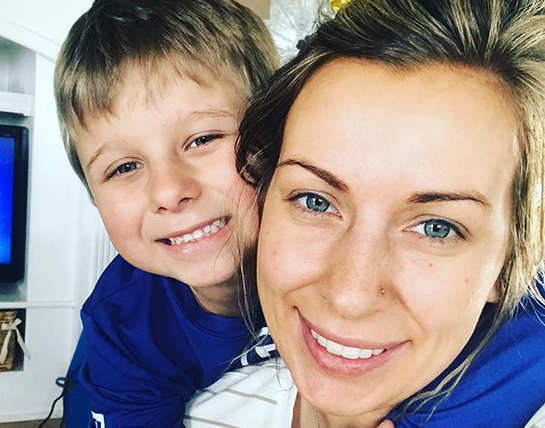 Teen Mom OG star Mackenzie Edwards has lost her baby weight from her last pregnancy. On June 21, Mackenzie posted a swimsuit picture to show off her impressive post-pregnancy body. While many fans are amazed by her progress, a few doubt her weight loss methods.

Mackenzie gave birth to her third child, Stella, in January 2020. Since then, she’s been focusing on fitness and health to lose the baby weight. Now, she’s proud of her body and decided to post a full-body picture on social media.

Mackenzie took to Instagram to share a photo of herself relaxing by the water on June 21. In it, she’s wearing a bikini, which sparks some conversation in the comments section. The Teen Mom star has posted several selfies in the past, but this is the only swimsuit picture on her Instagram page.

Mackenzie’s fans seemed to love her swimsuit. Several users complimented her on it and asked where she bought it. Other supportive fans congratulated Mackenzie on her body. One user commented, “Ok sis, crush it. So proud of you,” and added a couple of heart emojis. Some fans also asked what her “secrets” are.

After admitting that she takes BCAA supplements, Mackenzie told her curious fans, “I just eat a very limited amount of carbs, no sugar, no dairy.” She also mentioned indulging in keto brownies as an alternative to sugary desserts.

Although most Teen Mom OG fans are eager to know Mackenzie’s weight loss secrets, some are more skeptical about her claims. For example, one user says that she doesn’t “believe that stuff.” She also stated that she thinks Mackenzie is taking drugs.

The Teen Mom star countered this by explaining, “I’m not ‘on’ anything. I eat right and workout it’s not rocket science and there’s no quick fix. I take supplements to SUPPLEMENT my diet but nothing is a miracle fix.” Mackenzie isn’t going to let critics spread rumors that she’s using drugs to lose weight.

Past comments from Mackenzie’s haters

Mackenzie is no stranger to criticism about her appearance. In the past, trolls have commented on Mackenzie’s weight, her face shape, and her daughter’s name. While the Teen Mom OG star doesn’t take these insults lightly, she handles them professionally.

In response to a critic who told her she needed a chin implant, Mackenzie said, “Yes, I do, girl! But, ouch, I’ve already broken my jaw before, sooo prob not getting an implant anytime soon. Sorry for the disappointment.”

After receiving negative comments about her pregnancy weight gain, Mackenzie took a social media hiatus to avoid negativity. She told fans, “To be really honest, most of the comments on my pictures are ridiculously mean, especially about how I look and how much weight I gain and how ugly I am or how I’m a terrible mother/wife.” So, while she was pregnant, she took a break from Instagram.

What do you think about this Teen Mom star’s post-pregnancy body? Let us know in the comments.