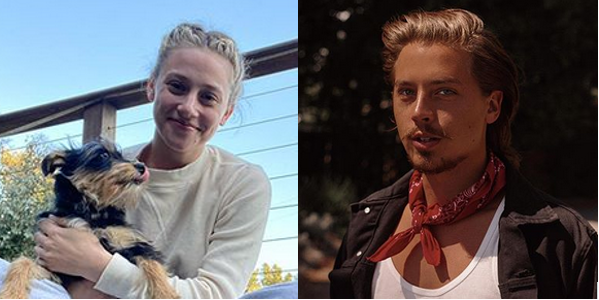 On June 21, a Twitter user created an account for the sole purpose of telling a story about being assaulted by Riverdale star Cole Sprouse. Then, another user posted a similar story about KJ Apa and Vanessa Morgan. In response to these tweets, Lili Reinhart and Sprouse posted about the issue.

Victoria (@Victori66680029) created a Twitter account on June 21 with no profile picture. She wrote, “I want to tell about my s*xual abuse by cole sprouse. It was at a party in 2013 when cole was at nyu.” She continued with three more tweets that explain the story.

Victoria said that she was tipsy at the party. She claims that Riverdale star Sprouse took her to a bedroom and touched her without permission. She continues, saying that he forced himself on her and she couldn’t push him off. Victoria finished the tweet with, “I never told anyone because who would believe me over a rich Disney star. #colesprouse #tellingmystory exposing.”

Another user, Tasha (@tasha93948576), claimed that Riverdale stars KJ Apa and Vanessa Morgan committed acts of assault. However, she later posted, “Do you see how easy it is to lie and you guys will believe it? Vanessa Morgan and Kj Apa didn’t do jack sh*t. You will believe anything.” It seems that Tasha posted the stories about Apa and Morgan to prove that it doesn’t take much to start rumors. The account has since been deleted.

Sprouse and Reinhart respond to the allegations

Sprouse tweeted about the assault accusations right away. He said, “Earlier today myself and three other cast mates were falsely accused of s*xual offense by anonymous accounts on twitter. I take these accusations very seriously, and will be working with the right teams to get to the root of it.” The Riverdale star continued by explaining that lying about assault hurts those who are actual victims.

False accusations do tremendous damage to victims of actual assault. Furthermore, I would never seek to silence anybody. I encourage that people look into the accusations themselves, as the events detailed were factually untrue. 2

Reinhart then shared Sprouse’s post and added her own words, “I can’t think of something more twisted than lying about s*xual assault. It invalidates the men and women who are brave enough to come forward with the truth.” She posted several more tweets to ask people to be truthful and not let their ego take over.

I hope and pray that this does not discourage real survivors from speaking out about their experiences.

Other Riverdale stars stand up for their co-stars

Riverdale star Marisol Nichols also posted about the issue, saying “Accusations should not be taken lightly but nor should we take those accused as guilty until proven in a court of law.” Nichols also mentioned the implications false accusations have on assault victims.

Madelaine Petsch, who also stars on Riverdale, tweeted about the assault allegations as well. She wrote, “As someone who has been s*xually assaulted, I am deeply deeply disturbed that anyone thinks that it is okay to falsely accuse someone of s*xual assault.” Petsch also described the lies as “disgusting.”

While Riverdale stars Apa and Morgan were also accused of assault, neither of them tweeted about the claims. However, Morgan retweeted a couple of Reinhart’s tweets, as well as Petsch’s post. Apa, on the other hand, has decided to remain silent on the issue.

Do you believe the Riverdale stars, or do you side with the Twitter users who made the claims? Let us know in the comments.