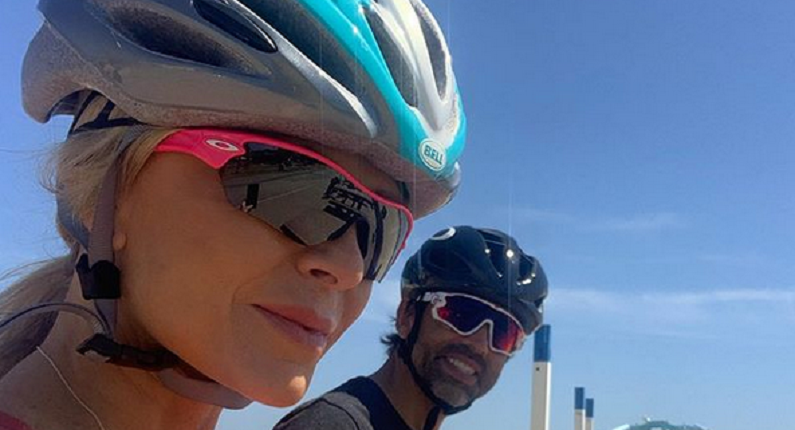 Tamra Judge previously teased fans about returning to reality TV. She even debated the possibility of returning to television with her former Real Housewives of Orange County co-star, Vicki Gunvalson. But according to recent reports, she’s in talks for two new series in the works.

Tamra revealed the news to David Yontef on his podcast, Behind the Velvet Rope. Earlier this year, she quit RHOC after an offer for limited role on Season 15. In her latest interview, Tamra revealed what she’s been up to since leaving the Bravo series. Read on to learn about her possible return to reality TV.

As per The Blast, Tamra Judge could star in a new show with Vicki Gunvalson. The other show could star her husband Eddie Judge. She confirmed the news during David Yontef’s podcast.

“Vicki and I [are] in talks for a show and me and Eddie [are in talks] for another one,” Tamra confirmed.

Back in February, Tamra and Vicki filmed a mysterious new show. It happened just weeks after they both announced their departure from The Real Housewives of Orange County. Tamra admitted that she’s still under contract with Bravo through the remainder of this month.

#smallbuisnesssaturday did you know organizing your space reduces stress? An organized home means an organized life ❤️ I thought I was organized until I hired @simplyseasideorganizing to simplify my kitchen & master bathroom (now I want my whole house done) I’ve always said “you spend most of your time at home so make it beautiful” @simplyseasideorganizing is a local OC small business that supplies @idlivesimply containers, baskets ,throws out expired items, cleans area , labels bins and makes everything functional and beautiful …. go to my story for before and after pics #supportsmallbusiness #organization #idlivesimply

“Bravo has a hold on me [until] June,” Tamra explained. “We thought we could film during this time and we would air [in] June [or] July.”

However, the reality star was not able to film her new show due to the coronavirus pandemic. But Tamra wants to remain positive about her future. She revealed that she has her CUT Fitness and Vena CBD businesses to rely on. In that same breath, she admitted that she didn’t want to be back on reality TV. Tamra added, “It was just something that fell into my lap.”

No matter what happens in her life, Tamra is ready to break away from Bravo.

“It’s time for the next chapter of my life,” she revealed.

RHOC alum expected to get fired after each season

Tamra Judge isn’t that mad about her RHOC exit. During the interview, she shared her thoughts on her exit from the reality series. Tamra felt that her firing was imminent.

She confirmed her exit from RHOC on Instagram. Back in January, Tamra told her followers that she was leaving the show after being a full-time Housewife for 12 seasons. She looks back at her experience with pride. She also has no regrets about the infamous season with Kelly Dodd.

“I had a great season,” Tamra told David.

#FBF seems like yesterday Spencer graduated high school ❤️ This weekend we celebrate Spencer’s 20th birthday. Hard to believe he will be moving out soon 😢 we are so proud of you son.

Nowadays, she feels that she’s “too normal” for the show because she’s happily married. Tamra feels that producers would have kept her around if she had more drama in her life. Before her firing, Tamra thought she would have gotten the boot from The Real Housewives of Orange County after each season. That thought bothered her so much that she feared it could happen, as per The Blast.

“I thought I was being fired every single year. I wasn’t one that was like, ‘Oh, I’m back okay. I’m back.’ I’ve always been very careful with my money. I keep my money in the bank. I am not a frivolous spender [and] I’ve always lived way below our means,” she revealed.

What are your thoughts on Tamra Judge returning to reality TV? Sound off below in the comments section.