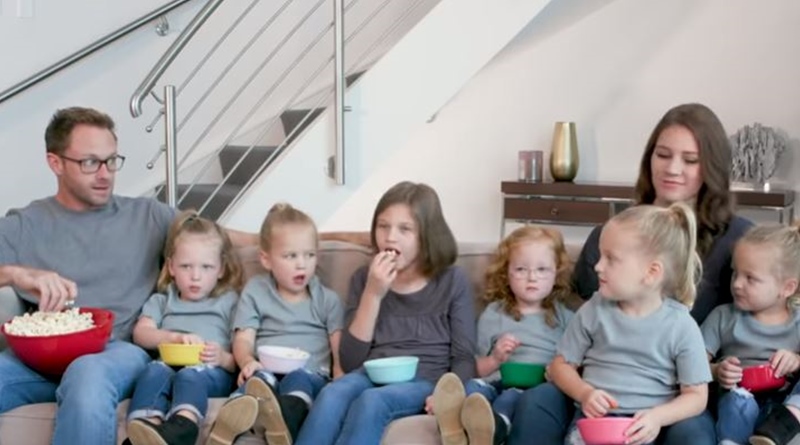 OutDaughtered fans know that the quints do practically everything together. Big sister Blayke also features on the show. But sometimes, six competitive kids means that only one person wins. So what can Adam do in that situation? Well, it seems he makes a plan that might hurt his wallet a little bit.

OutDaughtered – One winner and six kids, Adam makes a plan

Raising five little girls plus one other child provides some chaotic scenes to TLC fans. As Adam so often said in the past, no manual came along when it comes to raising five daughters all at once. On social media, and on the show, fans note that Danielle and Adam always try and make time for each child. Each child’s an individual, and so each one gets one-on-one time with their parents. But how do they cope when one child wins a prize and the others don’t?

Danielle took to her Instagram and explained how it works. Currently visiting a waterpark in Kemah, the kids messed around and had a lot of fun. There’s also a boardwalk nearby, which is complete with carnival games. The photo she shared shows the kids with Adam. They competed at one of the booths for a prize. What the OutDaughtered mom talked about could well be something many parents don’t need to worry about. She noted, “That’s right…..if one daughter wins a stuffed animal, then Daddy has to fork out the dolla bills for the others to ‘win’ too 🤪.”

Fans of the couple noted that they recall winning or not winning prizes at similar booths. Actually, is there a child who never tried that? Most fans recall their own experiences. One poor person failed for “four years.” The prize – a huge ball – never went their way. But, they tried and tried five times a year. Eventually, the “man of the game felt sorry for me and told me how to win,” the fan said. Then, they recalled that their mom “unwrapped a lot of money.”

Well, that’s just one child. So, Adam handing our more dollars for his kids could really add up over time. Other OutDaughtered fans also talked about that situation. Some mentioned he’s an excellent dad. But, as one commented, “I can only imagine how much it cost to win 6 prizes! 💕😍😊💕.” Actually, Possibly Adam could buy them each a stuffed toy for the same amount of money. But, that takes away the fun of winning. Like it or not, there’s nothing that beats winning something on the waterfront.

Actually, it’s easy to imagine that if one quint wins and others don’t it could cause jealousy issues among the girls. Not to mention, the ones who don’t win might feel they failed. In a competitive family, it must be quite hard to juggle that sort of thing. Do you agree? Sound off your thoughts in the comments below.