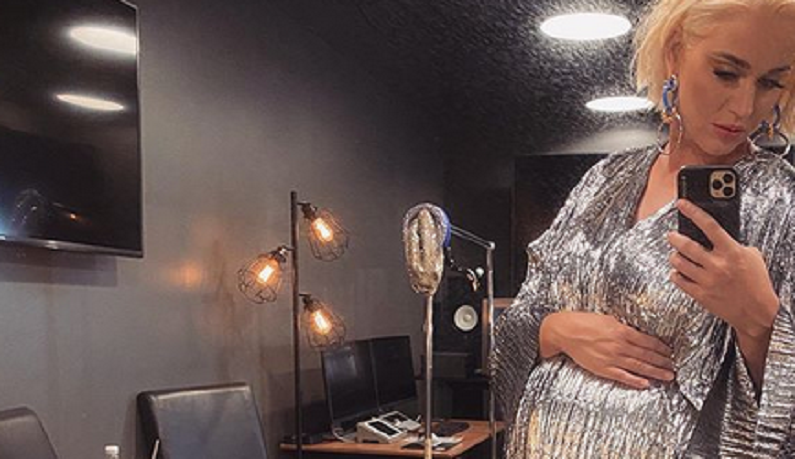 Fans thought the pop star was going to name her daughter Daisy. Katy released her new single “Daisies,” which shows her stripping down and showing off her ever-growing baby bump. The 35-year-old singer and the 43-year-old actor are expecting their first child together. However, they haven’t agreed on a name yet.

Why the couple hasn’t decided on a name

Katy Perry explained why during an interview on Mix 104.1’s Karson & Kennedy on Monday, June 22, per People.

“We have yet to decide specifically on her name because, I think, we’ve got options and she’ll tell us,” the American Idol judge said. “I’ll look at her and go, ‘Oh yeah yeah, you are her, you are that.'”

Orlando is the father to his 9-year-old son Flynn. But the unborn baby is the first for Katy. And it’s something new for the Pirates of the Caribbean actor as well.

“He’s really excited for a little girl,” Katy exclaimed. “They say that little girls are ‘Daddy’s little girl,’ that’s how it’s gonna be, [so] we’ll see!”

Back in March, Katy announced her pregnancy at the end of her music video “Never Worn White.” Then she and Orlando shared in April that they are expecting a girl. Katy said she’s “as excited as” she can be about becoming a mom for the first time during the coronavirus pandemic. But she also admits to feeling “every emotion under the sun” throughout her pregnancy. Those feelings include a combination of anxiety, depression, joy, and happiness.

“I’ve been all of it,” Katy continued. “The world is just a wild time, and it’s a wild time to bring life into the world.”

Katy Perry is working on her new album

In addition to preparing for her daughter’s arrival, Katy revealed that she’s working on her new album. It’s set for release on August 14. But Katy doesn’t know what to think of it. She thinks it’s crazy that she’s giving “birth” to a baby and a new album at the same time.

“I don’t know which one is coming first,” Katy said, per E! Online.

During the interview, Katy said that the album is a reflection of her journey over the past few years. She recalled the time that she suffered from depression. The singer spent most of her days in bed. She was so depressed, that she didn’t know when she was going to live life again.

“I didn’t know if I was gonna live to see the next day,” she explained. “And all the while, you know, I had to put on a happy face and play that part as you do.”

Thankfully, Katy relied on the support of her friends and family. She also credits Orlando for getting her through that difficult time in her life. The singer also received professional support from therapists.

In another interview with a Connecticut radio station, Katy revealed she was unsure about releasing her project in the middle of the pandemic. But she feels that happy music is important right now.

“I was gonna put a record out in June, I pushed it a little bit,” Katy explained to KC1010’s Adam Rivers. “There was a conversation about not putting out this year. I was like, ‘We need some songs to dance through our tears though.'”

She teased her new song “Teary Eyed,” which may be a single or album cut. It will follow the release of “Daisies,” which had fans wondering if she will name her daughter Daisy.