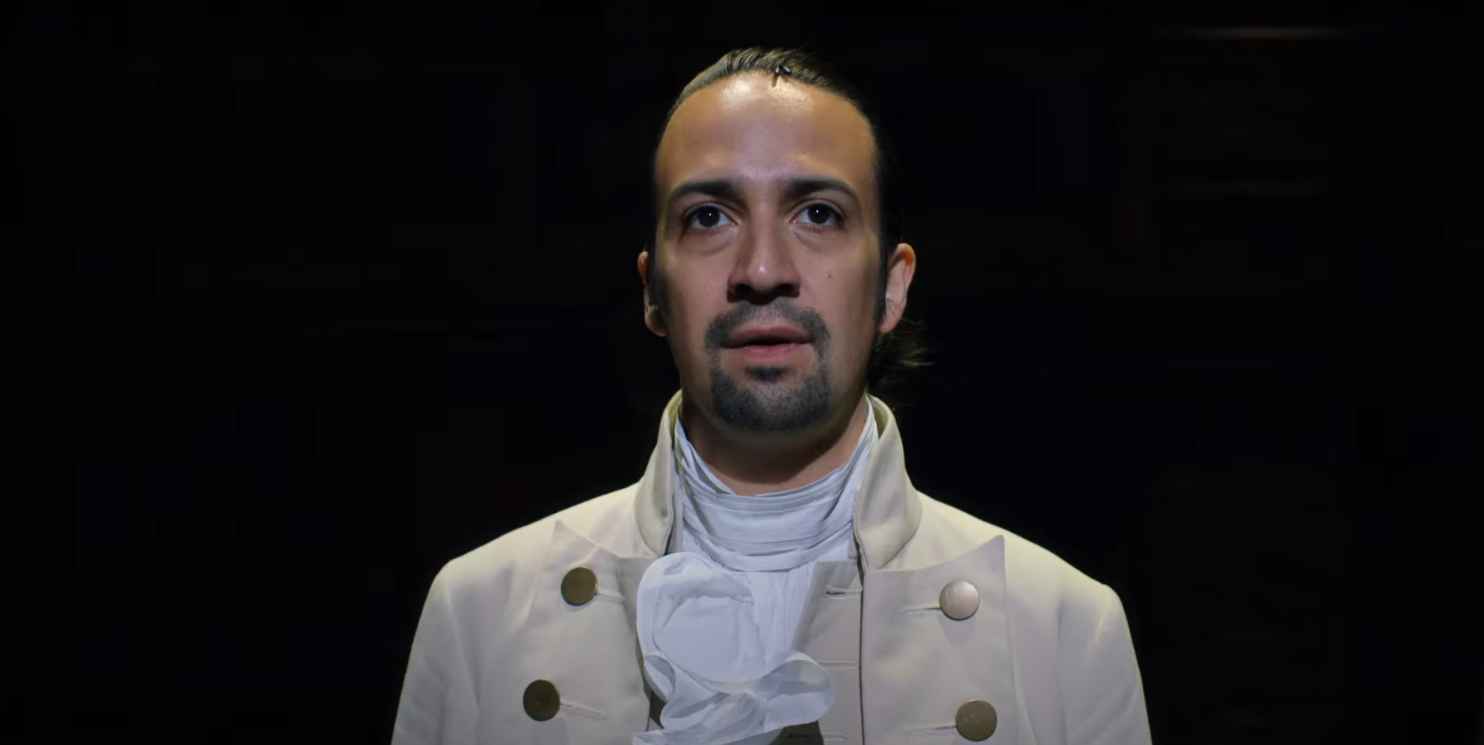 For those who enjoyed Hamilton on the stage, there’s some very good news. The film version is to premiere on Disney Plus. Moreover, the show includes the original cast, including Lin-Manuel Miranda, performing the hit Broadway show. Hamilton premieres on Disney Plus on July 3.

Disney Plus releases Hamilton in July

Viewers will be taken into the Richard Rodgers Theater in New York City to watch a filmed version of the 2016 hit Broadway show. The film gives a more intimate look at Hamilton with its full cast, including Lin-Manuel Miranda. Fans can watch and enjoy it on the Disney Plus streaming service beginning July 3.

The trailer below gives viewers a glimpse into the cast’s performances. This includes Miranda, Phillipa Soo, Leslie Odom Jr and Daveed Diggs. The cast performs to the musical’s theme tune “Alexander Hamilton.”

As the trailer continues, the song “Satisfied” can also be heard. This gives viewers a taste of the music. They will also get a feel of the theater itself. This is while listening to the announcer saying, “Ladies and Gentlemen, welcome to the show.” The trailer ends with the iconic words, “This is Hamilton.”

Lin-Manuel himself took to Twitter, thrilled to share the trailer, and telling fans, “May you always be satisfied…”

May you always be satisfied… pic.twitter.com/42ecf0XkHO

Timing of Disney Plus musical premiere moved up

As noted by E!, Disney announced in March that the release date for the film version of Hamilton would be moved up. It was originally set for a theatrical release on October 15, 2021. Now fans can enjoy the show in the very near future on July 3.

Disney executive chairman Bob Iger says in a statement that “no other artistic work in the last decade has had the cultural impact of Hamilton.” Iger says the film tells an “inspiring and captivating tale” while the performance is “powerfully creative.”

Iger goes on to say that “extraordinary challenges” are currently facing our world. He says Hamilton tells the story of leadership, hope, love, tenacity and the power of people to unite against adversity. Iger says this makes the film both “relevant and impactful” at this trying time.

The statement continues by saying how thrilled they are to bring Hamilton to Disney Plus on the eve of Independence Day. Igor also thanks the “brilliant Lin-Manuel Miranda” and the whole Hamilton cast for allowing them to release this film more than a year early.

As for the lead, Miranda makes his own statement, noting how proud he is of how Tommy Kail has brought the musical to the screen. He says Kail gives viewers the best seat in the house to watch the film. Lin-Manuel is also grateful to Disney Plus for moving up the release to the July 4 weekend. This is especially so, while the “light of the world” is turning upside down.

Miranda also notes how grateful he is to all the Hamilton fans who asked for the film. He says he is so glad they were able to make it happen. Lin-Manuel closes his statement, telling viewers he is “so proud of this show.” He can’t wait for everyone to see it.

Catch the film version of the hit Broadway musical Hamilton on Disney Plus on July 3, 2020. Watch the full trailer below.