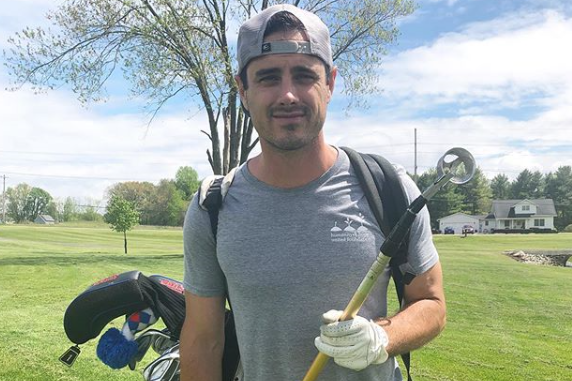 Ben Higgins has been reliving the time in his life where he told two separate women he loved them on national television.  Ben said, Jessica chose not to watch the show and he agreed with her decision. When it comes to his relationships, Ben feels his with Jessica Clarke is the strongest. He gave Jessica the final rose on The Bachelor: Greatest Seasons Ever!

He said, “I do think the fundamentals of my relationship with Jessica are stronger.” When talking to ET Online, he said Bushnell and he were looking for an out before they broke up. Despite proposing to Bushnell at the end of his season, the two struggled to make it work after moving in together.

Ben Higgins Said He And Lauren Put On A Happy Face

Ben Higgins told ET Online, “I do think Lauren and I very early on were just trying so hard to make it work that it was just pulling pieces of us all the time.” He said even when they had their own reality series, Ben and Lauren: Happily Ever After, they were looking towards the door. He said he didn’t think they really wanted it to work, because it was unhealthy to continue.

He said him and Bushnell were, “trying their best to make it last as long as they could to see if maybe they found the secret sauce.” Sadly, they didn’t find that. A lot of their issues came from the fact Ben told both Bushnell and the runner-up JoJo Fletcher he loved them. He said he knew watching it back would hurt, and it did. He said, “the decision I made to overcommunicate ended up hurting the relationship I was in. And I would not even want to risk doing that again right now.”

The Show Is Still Hard To Watch For Higgins

Ben Higgins said he didn’t see the benefit of his fiancé watching the playback. He said, “the proposal is tough to watch. I don’t think it would have been that hard two years ago, to watch. I think I could have done it. But watching it back now, it’s just uncomfortable.” Ben doesn’t think reliving the past is healthy for him. Now he’s focused on Jessica who he plans to marry next year.

Higgins said, “it’s almost scary for me to think of what my life would’ve been like. This show has been so good to me, and it’s taught me so much about myself.” He doesn’t regret being on the show.  Higgins said seeing the show again showed him the growth he’d experienced. The Bachelor: Greatest Seasons Ever! has been airing on Monday nights.