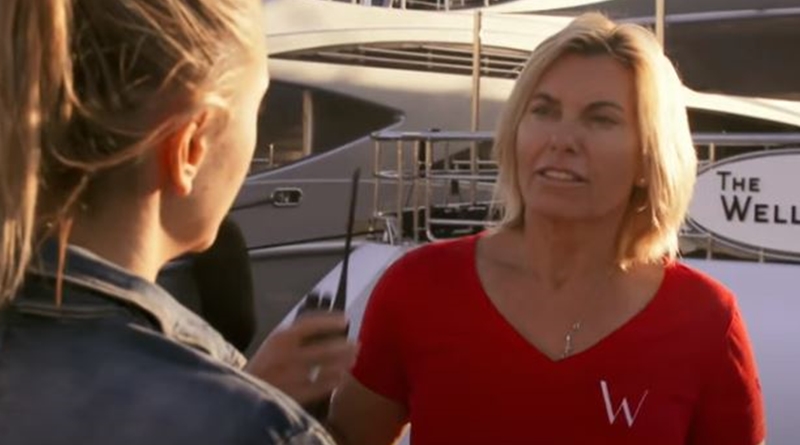 Below Deck Med fans heard that Sandy Yawn said the season’s getting “crazy.” Well, it is, and one thing winding up fans is the fact Sandy brought in Bugsy Drake. Obviously, this causes problems for Hannah. Fans strongly suspect that Sandy Yawn’s got little time for Hannah Ferrier as it is. Some fans think that the step comes as a first effort to push Hannah out.

When Sandy said that the season gets rather crazy, fans didn’t know she planned on bringing Bugsy Drake in. So, probably, the crazy stuff started because of that decision. The season’s quite different for a number of reasons, and we noted the main thing revolved around the “female lead in all three of the top positions.” According to Daily Mail UK, Sandy Yawn told them, “Wow. Wow. Woah. Crazy,'” when she described the rest of the season.

Captain Sandy then added, “it’s crazy! It’s going to be crazy. That’s all I got.'” Many fans think that part of that madness comes from Captain Sandy herself. In the last episode, fans saw that Sandy made a plan as Lara Flumiani left.  The staff worked extra hard and still delivered good service despite being shorthanded. But, replacing Lara with Bugsy left some fans flabbergasted.  Hearing the news, Hannah looked rather unhappy. Below Deck Mediterranean fans know that Bugsy and Hannah don’t get on at all. Meaww reminds readers that Bugsy once “told Hannah she was a ‘lousy’ chief stewardess.”

On Twitter, fans felt upset about Sandy bringing in Bugsy. Here’s what some of Below Deck Med critics said about it:

I wish we were getting more wholesome Hannah and Aesha content instead of Bugsy. #BelowDeckMed pic.twitter.com/ktqrJyk4D2

What do you think about The Below Deck Med captain bringing in Bugsy? She certainly should have anticipated some problems when she made that decision, after all. Sound off your thoughts in the comments below.