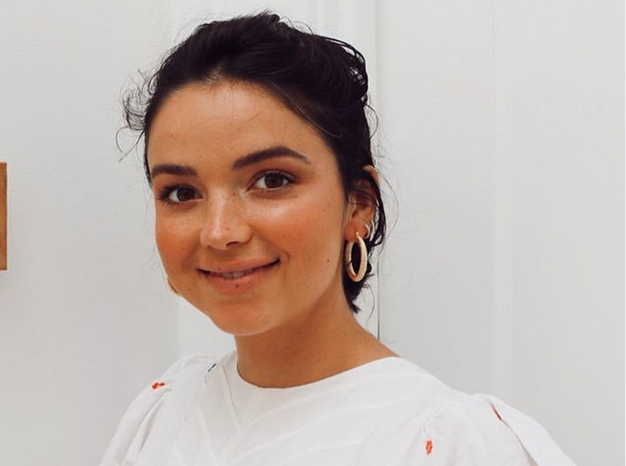 Bachelor alum Bekah Martinez just gave birth to her second child with her boyfriend Grayston Leonard. The couple already shares a 16-month-old daughter, Ruth. Now, the couple is working on coming up with the perfect name for their son. And, based on the updates that Bekah is sharing, it sounds like it might be a little while before the baby has a name.

When Bekah shared about the birth of her son, she revealed that the couple had not yet selected a name for him. In Grayston’s post about the baby’s arrival, he joked that they named the baby “Old Bob.” While they won’t be naming him that, fans got a kick out of the joke. Grayston’s followers joked that he better keep the baby’s name as “Old Bob,” or they will unfollow him.

This is my son. His name is Old Bob

When Bekah announced her son’s birth, she invited her followers to share name suggestions. Since his birth, she’s been sharing updates about the naming process. And, it doesn’t sound like the couple has gotten very far. In her Instagram Stories, Bekah talks about how she’s having a hard time naming him.

She says, “This beautiful little man still doesn’t have a name. We just can’t decide. Oh, my, but he is so sweet. It’s not even like we’re looking for the perfect name or anything like that, but we haven’t found anything that clicks or fits his personality.” Then, she adds, “Not trying to get too crazy unique either but names like Ezra, Oliver, Mateo, Sebastian, etc. are all in the top 30 boys’ names for 2020, and I just don’t want him to be one of five kids with the same name in his class.”

Leading up to the arrival of Bekah and Grayston’s baby boy, Bekah was very open about her pregnancy. She kept Bachelor Nation updated on her home birth plans too. She even shared about being in labor on Instagram too. So, it isn’t a surprise to fans that Bekah gave birth at home.

When Bekah revealed that her baby boy had arrived, she wrote that he was, “born blissfully in our living room.” The baby was born at 2:52am on June 19th. He weighed 7lbs, 8oz. at birth. In her social media post, Bekah also promises to share the birth story soon. On social media, she has shared several pictures of the baby and has talked briefly about his birth.

So, what do you think Bekah and Grayston will name their son? Share your ideas in the comments below.