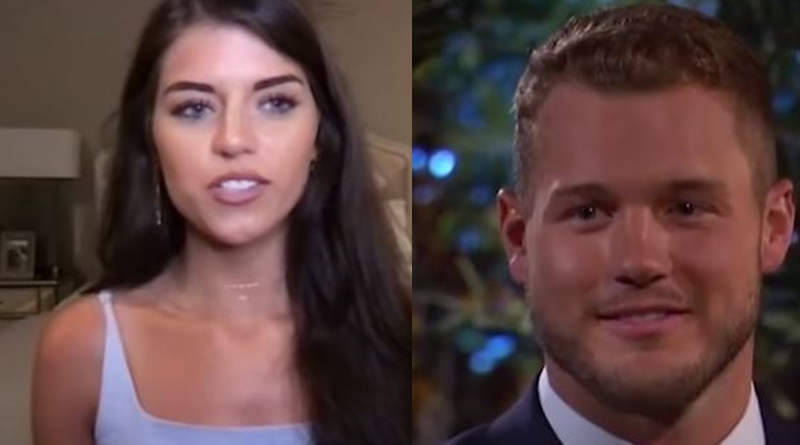 Bachelor fans heard that Madison Prewett and Colton Underwood seem rather friendly on social media these days. Speculation quickly arose that they could become a new couple from the ABC franchise. It came rather soon after Cassie Randolph and Colton split, but many fans are here for it if the relationship goes any further.

Bachelor – Madison Prewett and Colton Underwood as a couple?

The reports that Colton and Madison might be sparking something between them sits quite well with fans. While social media’s not on fire about it, those who commented mostly like the idea. They share common principles with their faith, and that’s a good start they think. Madison posted on FaithSocial, “an online Christian community.” we noted. Colton responded. Plus, it’s not the first time they seemed friendly toward each other. It seems not many people previously put the two of them together, though.

Actually, a possible hookup between Madison and Luke Parker from Hannah Brown’s season would be the first thought. Both of them didn’t like the idea of their lead sharing a bed with other contestants. Both of them seem very much into their Christian faith. But Colton’s also quite a big Christian and posts about it on his Instagram. In fact, fans now go over there to a post The Bachelor lead popped up over the weekend. With US Weekly suggesting something develops between them, fans talk about it there.

Fans are there for a Colton – Madison hookup

On Colton’s religious post this weekend, fans now talk about Madison and Colton. It seems most of them love the idea. One person wrote, “Colton and madi would be awesome together 🔥.” Another fan not yet up to speed commented, ” I just had a thought… maybe Colton and Madi should end up together 😊.” Well, now it made the media, others also talk about it. A follower wrote, “Oh my lawd you need to be with Madison! You’re like a match made in heaven!!!!”

One Instagram user, who’s also Bachelor fan, noted, “Okay just putting this out there, anyone else think @madiprew and @coltonunderwood would make the best couple!!??” Recent comments also include this one:”@coltonunderwood @madiprew now you guys deserve each other 😉give it a shot!” Then, “I’m shipping you and @madiprew,” another person said. But so far, Colton’s not responding to all the fans. Meanwhile, fans also discuss it on Twitter. Not so many people seem excited at the thought, but enough comments show more fans like the idea.

On Twitter, most fans seem to agree that if Madison and Colton get together, they certainly approve. Not that they need the approval of anyone. Nevertheless, it gives fans new hope after Madi and Peter Weber broke up. And, Cassie and Colton split. One fan wrote, “Colton Underwood and Madi Prewett. I’m calling it now.” Another agreed, noting, “Colton and Madi would be so good together.”

What do you think about the way Bachelor fans responded to the idea of Madison and Colton Underwood as a couple? Sound off in the comments below.