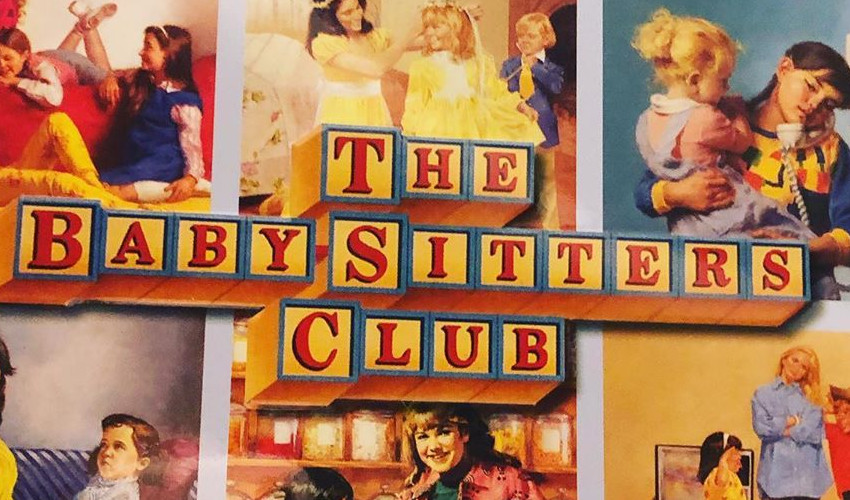 With much 80’s nostalgia, fans of the book series The Baby-Sitters Club, are giddy over the release of the first full-length trailer. Kristy Thomas, Mary Anne Spier, Claudia Kish, Stacey McGill, and Dawn Schafer are back for the 2020 reboot of the popular book series.

Beginning July 3rd, Netflix will host the 10-episode series based on the wildly popular series by Ann M. Martin. The book series follows the trials and tribulations of young girls that form their own babysitting service.

According to People, Martin first introduces the world to The Baby-Sitters Club in 1986. The book series contains more than 35 books. Remarkably, the series has more than 200 books licensed in over 20 territories. Impressively, this equates to more than 180 million copies sold.

Check out @nadiabarbaro ‘s amazing BSC collection 😍 these original covers are out of print and super rare. If you happen to have any in your collection then consider yourself very lucky 💕 ✨

Throughout the years, The Baby-Sitters Club has taken on many adaptations. In 1990, the premise had one-season on HBO with additional syndication on Nickelodeon and Disney Channel. Eventually, it was turned into a film. The film version starred Rachael Leigh Cook, Larisa Oleynik, and Schuyler Fisk.

Big names to play in the new series

Surprisingly, the Netflix rendition has Alicia Silverstone playing Kristy’s mom, Elizabeth Thomas-Brewer and Mark Feuerstein as Watson Brewer. In the trailer, Kristy, the club’s president and founder, has much to say about the relationship between her mother and Brewer. At the idea of the relationship, Kristy claims, “I’d rather have head lice, again.”

Hello Europe! Bear and I had such fun exploring your majesty. From speaking @theoxfordunion (Bear spoke too 😂) to soaking up the gentle sunlight and beauty pictured here in Cotswolds. While in London I loved wandering around with Bear. The Houses of Parliament were fun to walk by, ice skating at @somersethouse was beautiful, and Hyde Park was so pretty this Winter. Amsterdam was another favorite stop on our adventure. The canals, the architecture, it was all just so picturesque. We rented bikes for the whole time we were there and rode everywhere. I was so impressed with Bear. He only just learned to ride (we live in a neighborhood where would be very unsafe for even me to ride a bike!) and he was riding in the streets navigating electric busses, cars, pedestrians and other cyclists. It was adventurous and glorious! I had mild anxiety, like please don’t let anything go wrong! But most of me was so happy and proud of him 🙂 Our favorite veggie spots we discovered below: London: @portobellojuice @nopi_restaurant loved!! @grangerandco avocado and toast and tomatoes and kale were nice! And the olives and cappuccino were yum Oxford: @sohofarmhouse such yummy food and so cozy Amsterdam: @coffeecoconuts was so yum and pretty @restaurantdekas is a cool restaurant in a greenhouse;  all organic using mostly herbs and veg from own garden. @littlecollinsamsterdam so so so yummy! #Vinkeles (@HoteltheDylan) was so so yummy as well! No veggies to be found anywhere in #dortmund – it was rough for a minute 😂 Thank you @charjjacobs for being our travel agent extraordinaire 😘

Undoubtedly, given the young age of the main characters of the series, viewers anticipate the show will cover the girls dealing with adolescence and boy drama. Heartwarmingly, Kristy says, “I started the Baby-Sitters Club to take care of kids. But what I realized, we were more than a club. We were best friends.”

Also of note, the new series takes on some modern aspects. In an interview with Entertainment Weekly, Rachel Skukert says, “We’ve loved thinking about each of the characters and translating them into the present.” For example, Skukert says, “Who is Dawn, somebody who was a vegetarian and paved the way for that in the 80’s? Now we’re at this time where she might be somebody with a real social justice bent, an activist about the environment and about income equality and stuff like that.” She elaborates, “Just bringing them into modernity was really interesting, thinking about how we could tell these stories through a modern lens.”

Never fear, as the show will still have its fair share of nostalgia. People excitedly reports on the sighting of the trademark see-through landline. In the 39-second teaser released in May, 80’s babies gripped to the line, “Every generation has a calling.” According to E!Online fans can expect to see several Easter eggs from the original series. Among these is the notable see-through landline. E!Online claims that “Claudia hilariously bought from a vintage Etsy shop in the revival series.