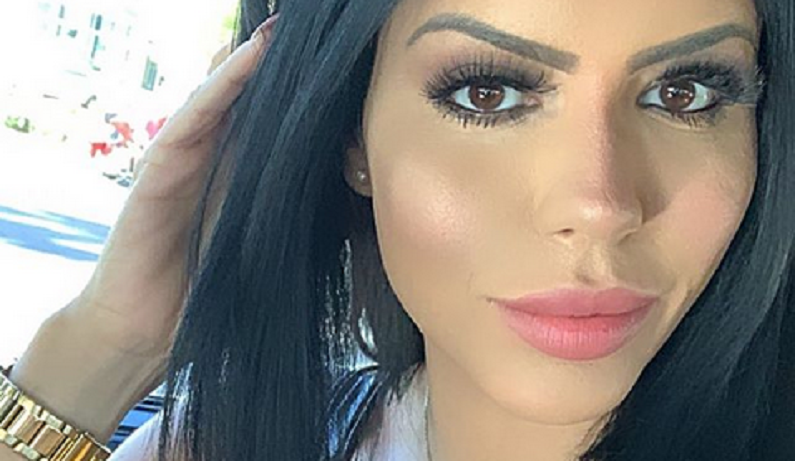 90 Day Fiance star Larissa dos Santos Lima is loving Jorge Nava’s transformation. She spoke to Access about what’s going on in her life. During the virtual interview, the TLC star teased that viewers will see her plastic surgery procedures. The new season of 90 Day Fiance: Happily Ever After? will also document her immigration battle and her dating life.

At first, Larissa got sad when her ex-husband Colt Johnson moved on. She realized that their relationship was over, even though they weren’t on speaking terms. However, Larissa is happy for Colt and his new girlfriend Jess. Now, she’s revealing what she thinks of Jorge Nava’s weight loss.

Larissa dos Santos Lima reflected on her marriage with Colt Johnson. She misses the good times they had together. During the interview, she was asked about fellow 90 Day Fiance star Jorge Nava. The former reality star lost weight while serving time in jail. Larissa is impressed by Jorge’s transformation.

“I got shocked when I saw Jorge’s transformation,” Larissa said. “He was good looking in the past but he looks buff, ready to go. I was very surprised.”

As per The Blast, Jorge recently left prison after serving his 2.5-year prison sentence. He went to jail for selling 300 pounds of marijuana in 2018. Jorge attempted to rehab his image while behind bars. Following his release, he moved to California to be closer to his family. He’s also planning to file for divorce from his wife Anfisa.

Larissa Lima has a new lease on life as well

The 90 Day Fiance star isn’t planning to date Jorge Nava anytime soon. As TV Shows Ace previously reported, Larissa Lima made a return to Instagram. She posted a series of raunchy photos that showed off her assets.

Over the weekend, Larissa shared a photo of herself wearing black lingerie but then set her profile to private. In a throwback photo, Larissa sat on her boyfriend Eric Nichols’s lap inside The Crazy Horse in Las Vegas.

She teased in the caption, “Should Eric john [sic] me and do onlyfans?”

Larissa previously teased her fans with her new OnlyFans account. She denied the rumors that she was getting into the adult entertainment business but did say the photos will be sensual. The 90 Day Fiance star also revealed that she will only shoot an adult video for $500,000.

The rumors swirled as Larissa made her return to the 90 Day Fiance franchise. The new season of Happily Ever After? features Larissa and her ex-husband Colt on their own adventures.

Does she have her green card yet?

The 90 Day Fiance star shared an update following her divorce. On Season 5 of the series, she appears uncertain about her future in the U.S. Larissa completed her domestic violence classes and 48 hours of community service as part of her plea deal to reduce the charges from her third domestic battery arrest, per In Touch Weekly. Larissa feared that this conviction would get her deported.

Her third arrest was related to an incident between her and Colt in January 2019. The original conviction was for misdemeanor domestic violence, which was lessened to disorderly conduct. During May that year, Larissa reached a plea deal that included community service and domestic violence classes.

In addition, her lawyer, Adam M. Vander Heyden, provided an update on her green card. Fortunately, her past will not affect her green card status.

“We are very happy with the result of Larissa’s case,” Vander Heyden said. “With the way the negotiation was structured, this case will not impact Larissa’s ability to pursue her goal of becoming a United States citizen. It was a pleasure working with her to meet her goals.”

However, Larissa hasn’t revealed whether she’s received her green card yet. Back in March, she announced she received her work permit. Since then, she’s worked on her OnlyFans account. She also earns income from her time on 90 Day Fiance, plus Cameos as a reality star and influencer.

Clare Crawley Commemorates One Year With Dale Moss
Josh Duggar’s Arrest May Not Be The REAL Reason ‘Counting On’ Is Over
Vernon Davis Discusses Biggest Hurdles On ‘Dancing With The Stars’
Lindsie Chrisley Implies Todd Chrisley Stirs Drama, Lies For Views?
‘Thurston’ For Katie? Michael A. Posts, Deletes Flirty Comment On Her Sultry Photo