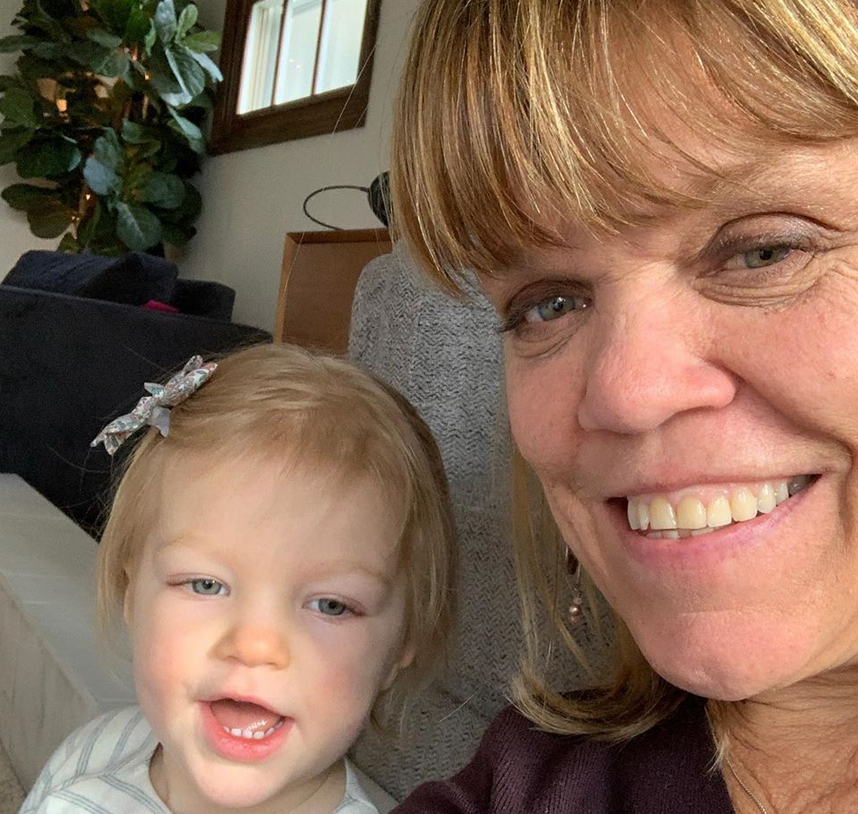 In a new social media post Saturday, Amy Roloff shares a series of photos of her granddaughter Ember Roloff. The LPBW (Little People, Big World) star gushes over Ember. She is the daughter of Jeremy and Audrey Roloff and is two years old. In her post, Amy talks about her granddaughter and how much she loves her.

In her social media post, Amy reveals that she got to spend some quality time with her granddaughter. Amy shares a few pictures of Ember, who is helping with the planting in the yard. Ember is using a shovel to scoop potting soil from a bag to a pot. She seems to be very focused.

Amy writes all about her granddaughter, saying, “My heart is always happy and full of more love when I can hang out w/ my grand daughter Ember. She’s such a helper, talker, imaginative, loves books… she’s a blast of fun and keeps me on the move.” The LPBW matriarch says that she loves to spend hours with Ember like this.

My heart is always happy and full of more love when I can hang out w/ my grand daughter Ember. She’s such a helper, talker, imaginative, loves books… she’s a blast of fun and keeps me on the move. I always love spending a few hours like this 😊💗🙏🏻 #lovemygrandkids #lovemyfamily #imthankful #countingmyblessings #amyroloffsnextchapter

How many grandchildren does Amy have?

Ember is one of Amy and Matt’s four grandchildren. Both Matt and Amy adore their grandkids and always enjoy spending time with them whenever they can. Ember has a younger brother, Bode, who is five months old. Zach and Tori Roloff share two young children, Jackson, 3, and Lilah, 7 months.

Why aren’t Jeremy and Audrey Roloff on LPBW?

Fans of TLC’s Little People, Big World might recall that Jeremy, Audrey, and their kids are no longer on the show. Ultimately, the couple decided it was time for them to leave the show. After all, Jeremy had been a part of the show since he was growing up. Jeremy explains that they “quit the show but not the family.”

In 2018, Jeremy explained, “A year ago I made the decision that this season would be our last. It has been an amazing run, and I can’t say thank you enough to all of you who have watched and supported us along the ride.”

Some fans seem to be missing the couple. Others understand why they left and choose to keep up with them via social media. Nonetheless, faithful Little People, Big World fans enjoy seeing Matt, Amy, Zach, and Tori on the show.

So, do you agree that the photos of Ember are adorable? What do you think of Amy and Ember’s relationship? Share your thoughts below.