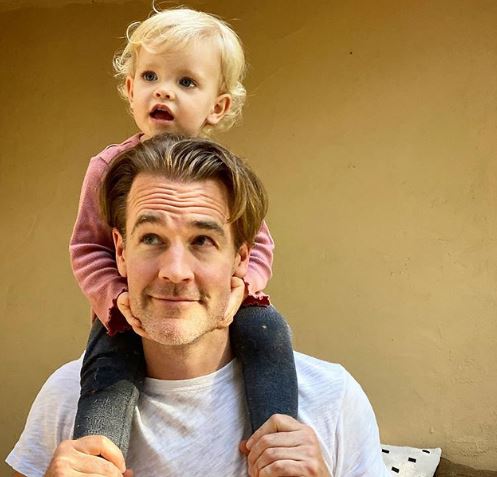 Hollywood and America are very familiar with James Van Der Beek. The man played Dawson Leery on the wildly popular ‘90s drama Dawson’s Creek. Van Der Beek has starred in many movies and tv shows since. He has been a fixture on our screens for his charm wit and charisma. However, today he is recognized for a more tragic reason. James Van Der Beek announced on June 20, 2020, that he and his wife Kimberly Brook lost their unborn child. Van Der Beek and Brook, a business consultant and producer, married in August of 2010. They have since welcomed five children into the world. Van Der Beek said that he has never “closed the door” on growing their family further. He is being very open about this loss.

Heartbreaking as the Van Der Beek’s struggle is; the pain is compounded because this is not the first loss of an unborn child the couple has experienced. In fact, this is the fifth. This time was different because Kimberly had to be rushed to the hospital by ambulance and needed blood transfusions. Van Der Beek said he couldn’t do anything to help Brook other than massaging her feet and simply be there for her. He wrote on IG that the one thought that kept coming back to him was: “We have got to take better care of each other.” This is such a powerful sentiment because so many people all over the world are trapped in anger and grief right now. Van Der Beek went even further asked a question and issued a challenge: “How can we take better care of each other?”

* Requires cooperation from all involved parties.

We feel for the Van Der Beeks and their tragic loss. But, one thing James has been very vocal about in the last year is the stigma around miscarriages. He has said, “we need a new word for it. ‘Mis-carriage,’ in an insidious way, suggests fault for the mother – … let’s wipe all blame off the table”. Van Der Beek couldn’t be more right.

Health care professionals have estimated that more than half of successful fertilization end in miscarriage. This is the case because some mothers do not even realize they are pregnant because the loss happens within the first twelve weeks. The sad truth is that in most cases there is no medical explanation for miscarriages. The overwhelming number of miscarriages does not lessen the pain felt by expectant parents. The stigma of talking about losing a baby is pervasive because the pain of this loss is unimaginable. Van Der Beek said that the pain “will tear you open like nothing else.” There is no word for the loss of a child, and there can’t be. How can you contain all that grief in one word?

Van Der Beek’s question resonates with all of us. How can we take better care of each other?

Can we have open conversations about loss and heartbreak?

Can we move forward in life and work to make things better?

Yes, we can, and James Van Der Beek and Brook are proof of that. This couple has sadly experienced five miscarriages. One, in particular, was before the birth of their youngest daughter, Gwendolyn. Van Der Beek and Brook have various pictures of rainbows on their IGs and in their posts discussing miscarriages. These rainbows are special because they signify hope after loss. Children born after miscarriages are called rainbow babies, and that is a beautiful image. Van Der Beek speaks to all parents that have experienced this loss, “you are not alone”.