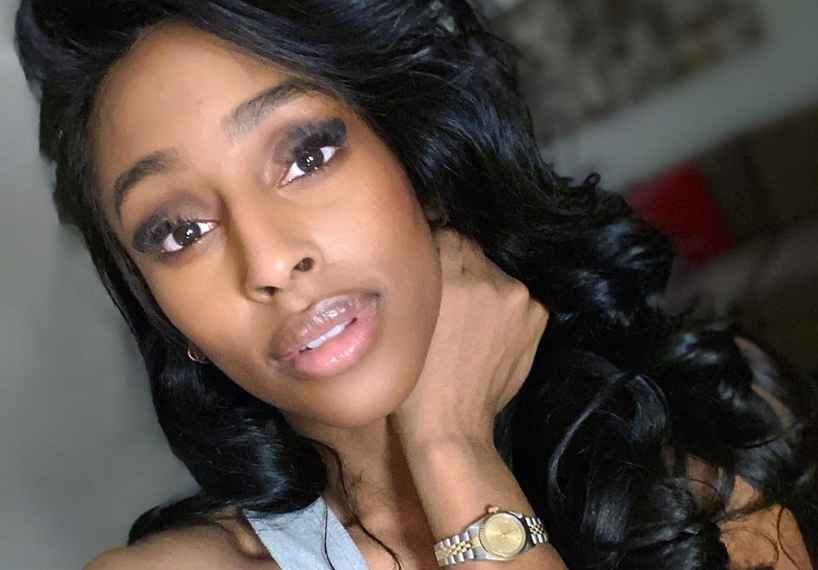 As Alexandra talks in the 15-minute video, she explains she has been “really frightened to speak my truth.” She then goes on to say it wasn’t a video to “bash anyone” or being negative about anyone.

Burke says it is simply her speaking about what she has been through over the last 11 years. She wants to not feel ashamed to speak up about it and to share positivity with everyone.

The first experience Alexandra recalls is trying out for the X-Factor twice. She tries out once when she is 16 and again when she is 19. Burke says at the age of 16, she makes it to the judges’ house and someone says to her, she hasn’t made it through. The person tells her, “Give me a call in a couple of months and I’ll sign you.”

Alexandra calls that person and says to him she is now ready to start working. She says she is eager and “good to go.” However, the response she gets is, “I already have one Black artist. I don’t need another.”

Burke says, to be honest, she isn’t sure how to take this. She still has to really take that in, even now, many years later. Alexandra says it really sucks to hear those words. However, she never names the person who says this to her in the video.

I felt it was time to speak up… This is a scary moment for me. I didn’t always want to speak up.. but it is the right thing to do. So, here’s my truth, the positive and the emotional. 🤍 Side note: When I talk about ‘not seeing colour’ I’m not referring to the idea of being blind to skin colour, I’m talking about the notion within the music industry and institutionally that whiter is better. Why does an industry that should be focused on vocal ability spend so much time dictating an artists worth on their colour?

Alexandra loves singing but not the music industry

Burke goes on to say how much she loves singing and what she does. However, if it wasn’t for her love of music, she definitely wouldn’t be in the music industry. One reason for this thinking is what she was told when she first won the X-Factor. She was told that because she is black, she has to work 10 times harder than any white artist. This is purely due to the color of her skin.

Alexandra is also told how to wear her hair – she can’t have braids or an Afro. Her hair has to appeal to white people. Even worse, Burke is told she should bleach her skin. She says that is something she refuses to do.

Alexandra says it is “so absurd” that somebody could even say to someone, to make her look whiter. She says even now that breaks her heart. Alexandra says she is trying to hold back the tears, as it has been “really heartbreaking, the s**t that went on.”

Burke says at 19 years of age, there is only so much you can understand as your life completely changes overnight. She says it is hard to digest.

Burke talks about her TV experiences

Alexandra also speaks in the video about her experiences in television. She shares things she came across during her time performing on the BBC dance show, Strictly Come Dancing in 2017.

Speaking about having to talk to the press the day after her mother passed away, she explains she hasn’t told anyone outside the family at that time. Alexandra recalls an incident with a journalist on the red carpet. The journalist says to her, “So you’re not doing press. Being a diva today are we.”

As noted by E! Online, Burke says this is the image people had of her, due to the newspapers and particularly one journalist. She says she was so scared on that show. Alexandra knew if she spoke out, they would think she is playing the victim card.

On the other hand, if she was happy, they want to know why she is so happy after losing her mother. Burke says that is typical of the comments she was getting every day at that time. Thinking back on those days, Alexandra says she has no idea how she got through it. In fact, she doesn’t even like thinking about her experiences.

Alexandra says she was moved to reveal her story due to the Black Lives Matter movement. It is also due to other X-Factor contestants, like Misha B, sharing their experiences, she felt encouraged to finally speak about her own experiences.  Alexandra closes by saying the truth is “all we’ve got.” She hopes that by revealing her story, this will inspire others to do the same.

Listen to Alexandra Burke on X-Factor in the video below.